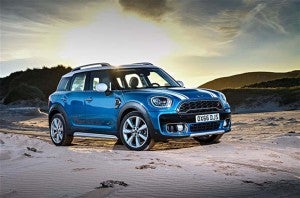 The impact of Brexit on the U.K. auto industry is getting its first test as BMW mulls where to build the Mini EV.

When Brexit passed, one of the concerns was how soon will it impact Britain’s auto industry … they’re about to find out.

BMW is in the process of selecting the plant to produce the new Mini EV. About 70% of all Mini’s are produced at the company’s plant in Oxford, England — about 360,000 vehicles annually — the fact that the plant wasn’t the default option has some concerned.

For the record, BMW is measuring up three sites for the new vehicle, according to Reuters: the aforementioned Oxford plant, a plant in the Netherlands and its plants in Leipzig and Regensburg, Germany.

The maker is going to have to invest “tens of millions” of dollars into the selected site in what is considered the first major test of the impact of Britain’s withdrawal from the European Union will have on trade.

Reuters reports that the decision will come in the next three months and the board was currently considering a number of factors including Brexit.

“One of the elements is what is the likelihood of a tax regime and if there’s a tax regime, how would it apply,” Ian Robertson, a member of BMW’s board, said during an interview recently. He noted that a key component of any decision will be tax rates or tariffs.

“If you made the motor in a German plant and you then assembled the car in a British plant, and you took the cars back to the German market, then the duty that you would pay would be reclaimed,” he said to Reuters, in an example of the options companies are examining to plan for any duties or tariffs.

(Click Here for more on the 2017 Countryman and its new plug-in hybrid.)

Another major factor is the supply chain. Britain is in the process of getting approval for its first-ever electric battery hub. It’s expected to get the go ahead in the next few weeks. Additionally, the company will looking to see where the buyers are for this new EV version.

Despite some of these improvements, the auto industry is still pressuring politicians to formulate a transitional deal to ease out of the EU, which is expected to take years. Adding to the “cons” list is the recently highlighted instability of Theresa May’s government.

The Prime Minister called for elections more than two years early looking to strengthen her weak majority, only to see that majority get voted out, forcing her to form a coalition with more conservative members of Parliament.

Despite that, Robertson said there have been ongoing discussions with Britain’s leadership, including business minister Greg Clark, who has visited BMW in Munich. However, he was not optimistic about the existing government’s ability to offer BMW promises about tariffs or taxes in the future, he told Reuters.