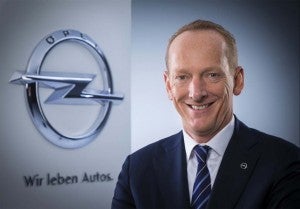 GM Europe chief Karl-Thomas Neumann may be on his way back to his previous employer, Volkswagen AG.

This story has been updated due to new information.

Karl-Thomas Neumann, the highly regarded executive picked by General Motors to lead the company’s stalled European operations resigned effective immediately today. He will be replaced as CEO by Michael Loscheller, currently the chief financial officer. appears headed back to Volkswagen.

Neumann appears headed back to Volkswagen, which is in dire need of fresh executive talent in the walk diesel-cheating scandal, is looking to rehire the former head of Opel, Karl-Thomas Neumann, perhaps to lead its Audi brand, according to reports that surfaced over the weekend in Germany.

Neumann’s departure would not exactly be a surprise, given GM’s decision in March to sell off its European operations to the Paris-based PSA Group.

“It was a difficult personal decision to not continue with the Opel/Vauxhall team when it transitions to Group PSA,” Neumann said in a statement.

“I am proud of the team for all we have accomplished so far and have no doubt that the move to PSA will make Opel/Vauxhall an even stronger and more successful company in the future. I am committed to completing this transaction and will then take some time to decide what is next for me.”

Without citing sources, German newspapers said Neumann viewed the sale as the right strategic step, but was concerned PSA underestimated the growing importance of electric cars. VW and Opel declined to comment, according to Reuters. In his former roles at VW, he was in charge of electro-mobility and head of China.

Neumann left the Volkswagen for Opel in 2013 and he is credited with rebuilding the Opel product line. He also came close to making GM’s European Operations profitable again, but the effort was undercut by the “Brexit” vote in Great Britain.

The vote to leave the European Union trimmed the value of the British pound, which made building and selling vehicles in Great Britain more expensive. During his tenure at VW, Neumann had made has mark, heading up the German automaker’s operations in China during a period of rapid growth that made VW the best-selling brand in the world’s largest market. 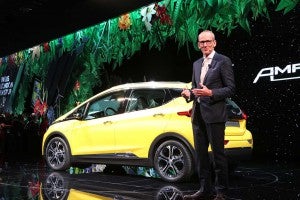 Neumann showed off the Euro version of the Bolt in Paris. He's said to be leaving because he feels PSA lacks urgency in its EV development.

The 56-year-old Neumann will remain on Opel’s supervisory board until GM’s completes the sale of Opel to PSA. The GM-PSA deal is now expected to be completed sometime in July.

(GM sale of Opel could take years to complete. Click Here to learn why.)

Current Audi CEO Rupert Stadler is under fire for how he has handled the fallout from VW’s diesel emissions scandal. Stadler only received a five-year contract extension last month because of an agreement among supervisory board members that he would be replaced.

Stadler was targeted after Munich prosecutors widened an investigation into the premium carmaker, and after Germany’s transport ministry accused Audi of cheating on emissions tests.

(PSA laying out plans for 3-stage return to U.S. market. Click Here for the story.)

In an interview with trade publication Automobilwoche over the weekend, Stadler defended his record: “The diesel crisis has consumed and is still consuming resources. I’m still convinced that we have initiated the right strategic steps.”