Low gas prices driving Americans to get on the road. 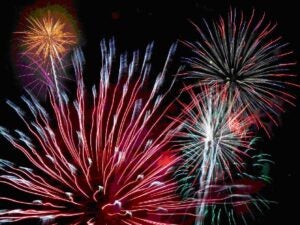 Americans will celebrate the July 4 holiday by piling into their cars in record numbers.

Every holiday period recently Americans are predicted to set a new record for how many miles they’ll travel over the long weekend, and this Independence Day weekend won’t be any different, according to AAA.

The auto club expects 44.2 million people will travel at least 50 miles from home, a 2.9% increase over last year’s record for the holiday. Most of that traveling will be done in some sort of car, minivan or sport-ute/crossover as it’s a four-day holiday for most Americans.

The auto club defined the four-day July 4th travel period as Friday through the Tuesday holiday, compared with a Thursday-through-Monday stretch last year.

(Tesla closing in on deal to build cars in China. For the story, Click Here.)

“A historic 44.2 million Americans will travel to celebrate our nation’s freedom this year, adding to an already bustling summer travel season,” Sutherland added.

Low gas prices, which have been on a slow, but steady, decline for the past few months. Currently averaging $2.28 per gallon in the U.S., the low prices are an enticement for families to load up their vehicles and travel.

However, airlines are expected to see increases in air travel too, AAA notes. In fact, air travel during the July 4th holiday has risen for each of the last eight years.

AAA forecasts that average airfares on the most popular domestic routes will be 10% lower and car rentals will be down 14% from last year’s holiday period, while hotel rooms will cost about the same.

Travel industry officials expect domestic demand to remain strong, even while they worry that proposed travel bans and the prohibition on laptops in the cabins of some U.S.-bound planes could hurt travel to the U.S. from abroad.

AAA predicted that 37.5 million Americans will drive to their holiday getaway, a 2.9% increase, and more than 3.4 million will fly, a 4.6% jump. Additionally, 3.27 million travelers, an increase of 1.4% from 2016, will look to other modes of transportation, including cruises, trains and buses.