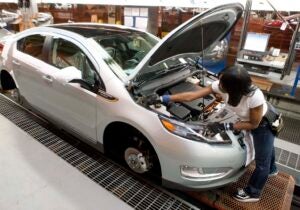 Auto sales took a hit in April as even higher-than-normal incentives couldn't draw buyers to dealerships.

With the industry on a steady decline, 2017 appears to be on track to be the first down year since the industry emerged from the Great Recession.

The decline in sales among top-selling brands sets up the industry for a sales drop in 2017. It would be the first year that sales of new vehicle sales have declined since the great recession and reflects the weaker than expected economic numbers that were reflected the U.S. Commerce Department’s estimate the U.S. economy grew by less than 1% in the first quarter.

(Trump open to hiking gas tax. To find out why, Click Here.)

FCA also reported a 7% decrease compared with sales in April 2016.

In April, FCA’s fleet sales dropped 21% year over year as FCA U.S. continues its strategy of reducing sales to the daily rental segment. Fleet sales represented 17% of total sales in April. Retail sales were down 3% for the month. 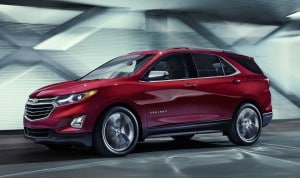 General Motors sales slid in April, but crossovers, like the Equinox, are becoming a bigger chunk of overall sales, GM execs note.

“We see crossovers becoming an even bigger part of the industry and GM sales over the next five years,” said Kurt McNeil, U.S. vice president of Sales Operations. “Just five years ago, about one in four GM sales were crossovers. Today, they account for almost one-third of our deliveries and we see more growth ahead.”

Toyota saw its sales drop by 4.4%, while Lexus sales declined by 11%. Like their counterparts at GM and Ford, Toyota executives remained optimistic, noting the drop was from what had been a very high level.

“Toyota continues to progress in aligning our mix with the industry, as seen by the exemplary month for our SUVs with Highlander, RAV4 and 4Runner all scoring an April best ever. Also, during the month we launched the C-HR subcompact SUV crossover, and we’re already hearing positive feedback on its performance and style.”

Volkswagen posted a 1.6% sales increase but benefited from the year over year comparison as VW sales were off dramatically last spring because of the diesel cheating scandal.

Audi, however, posted a 5% sales increase. It was the best April sales result for Audi in the U.S., marking the brand’s 76th straight monthly record. The previous April record was set last year with 17,801 vehicles sold. Through the first four months of 2017, Audi sales have risen 8%.

Nissan Group, one of the few companies to post sales increases over the past several months, reported its sales dropped by 2%. The decline was concentrated at the Nissan division as Infiniti posted a small sales increase.

(GM says it will be first automaker to turn profit on EVs. Click Here for the story.)

Caldwell also said the sell-off of older 2016 models has lagged in recent months. “In April, 8% of vehicles sold were 2016 models, up from only 3% five years ago. Inventory buildup is a top concern of automakers and all eyes are on whether cuts in production are enough to offset expected dips in sales,” Caldwell added.