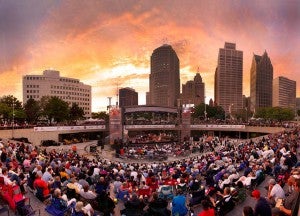 If you live in an urban area, you likely pay more for your car insurance than your suburban friends.

Drivers living in urban areas pay as much as 30% more for auto insurance than comparable drivers living in the suburbs, according to a new study. However, the results are being disputed by an insurance industry group.

According to ProPublica, an investigative news organization, and Consumer Reports, claim that drivers living in urban zip codes where the population consisted primarily of minorities in California, Illinois, Missouri and Texas paid anywhere from 10% to 30% more for insurance.

However, the Insurance Information Institute, an insurance industry trade group, says the findings are wrong because the two organizations, essentially, didn’t do the math right.

The report says 33 of the 34 insurance companies analyzed in Illinois charged rates that were at least 10% – six charged 30% more – higher in those zip codes. The one holdout charged 9% more. In Missouri and Texas, more than half of the insurers charged rates that were at least 10% higher and in California, eight companies charged more, but Golden State insurers are regulated more closely.

“Whether price disparities arise from bad actors or bad algorithms, the consequences are the same, and (Consumer Reports) is committed to ensuring transparency and fairness in pricing for people in all neighborhoods,” Tellado said.

The Insurance Information Institute believes so strongly that the report is flawed it hired an outside firm to double check the math, so to speak.

“To its credit, ProPublica shared its data with us,” said James Lynch, III’s chief actuary. “We hired a respected actuarial firm, Pinnacle Actuarial Resources, to independently review the study. They have come to the same conclusion. The journalists had made a rookie mistake.

Lynch said report from the two publications is flawed because the data does not account for several factors that affect insurance rates, such as how far someone drives or how likely you are to get in an accident in a particular zip code. He also notes another reason.

“ProPublica’s analysis makes an unfair comparison (and a fundamental actuarial mistake) by comparing the losses of all drivers within a zip code to the premium charged to a single person,” Lynch notes in a blog post.

“Again, this is a basic error in statistical analysis, one so elemental that all actuaries learn about it early in their rigorous curriculum. Underwriters learn about it, too. In fact, most people working in the insurance industry understand this mistake and are taught not to make it. Most people in insurance would put it this way: The reporters are not making an apples-to-apples comparison.”

The group also noted that insurance companies don’t collect information on race and ethnicity when selling policies. The exact factors used to set rates varies from state to state, but Lynch noted common factors include many of the aforementioned items: number of miles driven, accident history, credit scores, occupation, gender and age.

The institute says that being a minority doesn’t cause the disparity in pricing, but it is the fact that the hypothetical driver in one zip code behaves differently from the typical person in another zip code.