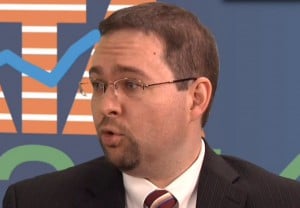 The economic impact of auto dealers was detailed in the new report from the National Automobile Dealers Association, which indicated employment, wages at U.S. new-car dealerships all continued to rise in 2016.

“Total dealership employment has consistently risen every year since the Great Recession,” said NADA Chief Economist Steven Szakaly. “In addition, hundreds of thousands of other local jobs are dependent on dealerships,” he said.

Total dealership sales revenue, including new- and used-car sales, parts, service and body shop was $995.6 billion in 2016, an increase of 6.1% from 2015. The average per dealership was $59.6 million, according to the data collected by NADA.

(Carmakers want peace with California. Click Here for the story.)

However, despite rising auto sales and back-to-back record sales in 2015 and 2016, net pretax profit at new-car dealerships as a percent of total sales has remained flat, hovering at 2.5% for several years.

“The past seven years have been the longest period of new-vehicle sales growth since the 1920s,” Szakaly added. “For 2017, we expect new light-vehicle sales to continue on a strong trend, ending another year above 17 million.”

(Click Here for details about Trump’s plans for a border tax going awry.)

New-car dealerships wrote 259 million customer repair orders in 2016, up 6.5% from the previous year. These orders included service, warranty and recalls.

“Express service, such oil changes, and non-warranty repair orders at dealerships, on average, increased by 10.9% and 4.2%, respectively, in 2016. This increase demonstrates that consumers value the expertise of the highly-trained and factory-certified technicians employed at new-vehicle dealerships,” he said.