Drivers repeating the same mistakes, unrelenting in attitude about behaviors. 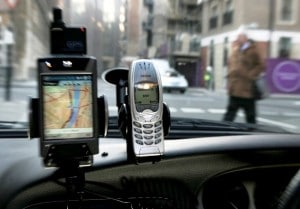 U.S. motorists are still exhibiting the same distracted driving behaviors they've been warned about for years.

Highway fatalities had been dropping for more than a decade until two years, when that trend began to reverse direction. A look by a safety organization revealed the behaviors drivers are engaging in behind the wheel ratcheting that number up.

As part of Distracted Driving Awareness Month, the National Safety Council identified some of the top driver behaviors and beliefs that put all roadway users at risk and increase the likelihood of being involved in a crash.

Yes. Most of them involve some already identified behaviors drivers know they shouldn’t do, but clearly do anyway. Compiled through NSC surveys conducted over the last 12 months, these habits and opinions could help partially explain why deaths are on the rise.

“Most Americans recognize risky drivers on the roadways, but they are not adopting safer behaviors themselves,” said Deborah A.P. Hersman, president and CEO of the National Safety Council.

(Highway fatalities rising because drivers are getting worse. Click Here for the story.)

“The notion that bad things happen to other people, but will not happen to us when we are distracted behind the wheel, is akin to playing Russian roulette.”

Some of the worst things drivers do and belive include:

Some of these “beliefs” aren’t surprising. However, their impact is now tangible. In 2015, U.S. traffic deaths rose 7% to 35,092, the largest single-year increase in five decades. They’re expected to rise again in 2016.

(Click Here for details about pedestrian deaths reaching a new high in 2016.)

Furthermore, the study shows that drivers are basically in denial about their own abilities. While two-thirds of drivers have felt unsafe because of another driver’s distraction, just 25% feel their own distractions have put themselves or others at risk.

Young drivers are more likely hold to theory that they are better able to engage in distracted driving behaviors; however, there is plenty of blame to go around to all age groups. A survey earlier this year by the AAA Foundation showed that more than half of drivers in every age group have texted behind the wheel, run a red light or driven faster than the speed limit in the last 30 days.

While young drivers are the worst offenders – 88% of drivers aged 19 to 24 engaged in at least one of the aforementioned behaviors – older drivers are doing them as well and in larger numbers than expected.

Ten percent of drivers between 60 and 74 have texted or sent email from behind the wheel, while 37% of drivers over 75 said they’d driven through a light that had just turned red.

(Automakers set U.S. record for recalls in 2016. Click Here for the story.)

“It was a surprise that there were relatively high rates of these behaviors among the drivers we think of as safer,” said Lindsay Arnold, a research associate with the AAA Foundation.