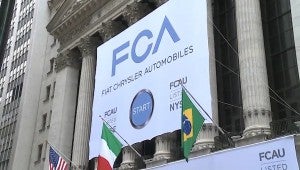 FCA is under investigation by French prosecutors for diesel emissions violations. The company said its vehicles are compliant.

Less than a week after clearing Opel of wrongdoing in diesel emissions testing, French prosecutors are investigating Fiat Chrysler Automobiles over similar allegations, according to Reuters.

“I can confirm that a judicial investigation has been opened into aggravated cheating,” the source told Reuters.

Fiat officials acknowledged the company is aware of the investigation and said it would work with French officials to resolve the issue. A company spokesman also said its vehicles were compliant with the law.

Reuters reported prosecutors opened the investigation on March 15, after the finance ministry’s DGCCRF consumer affairs and anti-fraud body referred the case to the courts.

The investigations have arisen out Volkswagen’s cheating scandal in the U.S. VW is already on the hook for more than $20 billion in fines, fees and costs for repairing several hundred thousand vehicles. Other countries have levied fines against VW already, but the final tally is a long way from being settled.

One of the companies suspected of emissions tampering in the U.S. was Fiat Chrysler.  The investigation is moving into high gear, the maker revealing it has received subpoenas from a variety of federal authorities.

The smallest of the Detroit automakers in January announced it was coming under investigation for allegedly rigging its diesel engines to pass tough U.S. emissions standards. However, in France, officials found on-road nitrogen oxide emissions more than 10 times above regulatory limits for some Opel, Renault and FCA models as well as a variety of devices that reduce exhaust treatment in some conditions.