Will partner on R&D, parts; and target emerging markets. 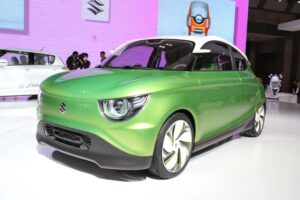 Suzuki underwent a major management shake-up in 2016 after it admitted rigging mpg numbers.

Japan’s largest automaker is teaming up with one of the country’s smaller car manufacturers as part of a plan to develop new technologies, cut parts costs and boost sales in emerging markets.

Toyota Motor Corp. and Suzuki Motor Corp. on Monday confirmed widespread expectations that they would form a new alliance. But, at least for now, there are no plans for a capital tie-up between the two manufacturers.

“Toyota and Suzuki have agreed to work toward the early realization of a business partnership,” the two said in a joint statement, issued on the same day Toyota reported a sharp decline in earnings during its fiscal third quarter.

The tie-up could be particularly significant for Suzuki, one of the smaller Japanese automakers, especially at a time when it is trying to recover from a scandal triggered by the revelation it had falsely reported fuel economy on some of its Japanese market products.

The company, which focuses primarily on minicars, faces a severe challenge, according to industry analysts, in covering the hefty cost of developing new technologies, especially autonomous vehicle systems.

(Long-time Suzuki CEO out after mpg scandal. Click Here for the story.) 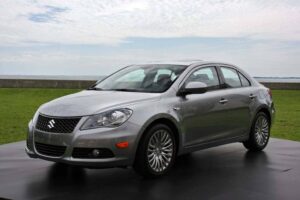 Suzuki abandoned the U.S. market after the failure of its midsize Kizashi model.

That will be something that Toyota is expected to provide as part of the new alliance. The bigger maker will also provide greater economies of scale in parts purchasing, something that could help make Suzuki more competitive, especially considering the relatively low price of many of its key models.

But the deal will flow in both directions. Toyota has struggled to gain momentum in some key emerging markets, including China and India, a challenge that led to its losing the global sales crown last year to German rival Volkswagen AG. VW is the largest automaker in the Chinese market.

And, despite its relatively small size in many major markets – it doesn’t even operate in the U.S. – Suzuki has become the dominant player in fast-growing India through its majority stake in the Maruti Suzuki India Ltd. Joint venture.

“We would be happy to share lessons we learned from our experience in India and emerging markets with Toyota if they wish, to make this a win-win partnership for both parties,” Suzuki Vice Chairman Yasuhito Harayama said during a news briefing in Japan on Monday.

The alliance with Suzuki will greatly expand Toyota’s presence in the minicar market, notably in the automotive giant’s home market of Japan where so-called “Kei” microcars have become one of the more popular forms of personal transportation. Just last year, Toyota completed the acquisition of one of Suzuki’s key rivals, Daihatsu. 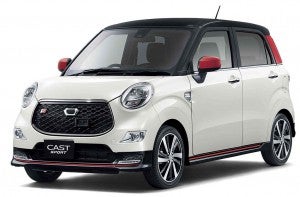 Toyota's acquisition of Daihatsu allowed the maker to change up its small-car strategy.

For its part, Suzuki had tried to form an earlier alliance with Volkswagen, but that partnership ended even before it really got underway. VW angrily objected when Suzuki decided to purchase diesel engines from Fiat Chrysler, rather than the German maker. Suzuki, in turn, complained that VW was trying to take over control of the Japanese company.

Prior to that, Suzuki was part of an alliance with General Motors that ended several years before the U.S. maker’s 2010 bankruptcy.

While there are no immediate plans for any cross-investments related to the Toyota-Suzuki deal, some observers question whether that could eventually occur, much as Toyota ultimately took over Daihatsu.