Some Up, Some Down as Automakers Report January Sales 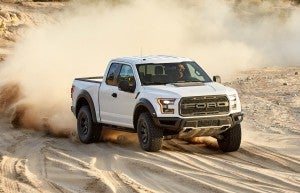 Dusting the competition: Ford was down overall, but had a spectacular month for F-Series.

After a robust finish to 2016, new vehicle sales slowed in January, though generally remained healthy enough overall to boost confidence for the coming year.

There has been concern within the industry that 2016 brought a peak to the automotive recovery, with analyst and industry planners watching to see if and when things would begin to cool off. The good news they got was that, with a few exceptions, the new car market appeared to do better than initially forecast – and not only were sales relatively solid but consumers continued buying more expensive products.

The numbers were decidedly mixed, industry giants General Motors, Toyota and Ford all reporting year-over-year declines for January. But Nissan’s sales were up for the month, and a number of automakers scored new sales records, including Hyundai, Audi and Nissan’s luxury arm Infiniti. Auto industry analysts had been anticipating declines of anywhere from 0.7% to 2.7% — according to TrueCar and KelleyBlueBook, respectively. But even for many of those makers who did suffer sales dips in January, the news wasn’t all bad.

Ford actually did better than expected, its numbers down 0.6%, far less than the two to three percent forecasts. And January brought the best sales start for the maker’s best-seller and top profit source, the F-Series pickup line. It scored its best start for a new year since 2004. 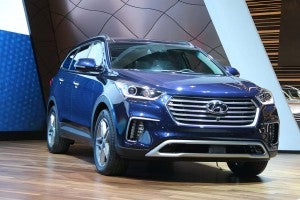 After sliding for months, Hyundai set a new sales record in January.

General Motors reported a  3.8% drop in sales most due to the decline in demand at the retail sales. But GM has shown an unexpected willingness to take such hits without trying to dump product into the fleet market, the sort of strategy that helped drop it into bankruptcy in 2010.

Industry analysts are watching closely to see how automakers will handle declining sales. There has already been a growing push into subsidized leasing, and the fear is that incentives will continue to grow. According to Edmunds, buyers received an average giveback of $3,635 in January, a 21.6% year-over-year increase.

Helping offset that, tracking firm Edmunds noted that average transaction prices, what motorists actually pay after factoring in discounts, as well as options, surged 4% over January 2016, to $34,968. 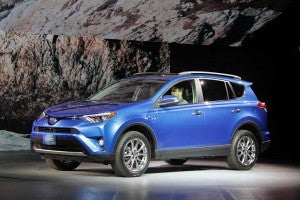 Despite strong demand for compact utes like the RAV4, Toyota struggled in January.

Among mainstream makers, Volkswagen showed signs of finally getting past its diesel scandal with a 17% jump from January 2016. Nissan delivered one of the best performances last month, sales climbing 6%.

At the other end of the spectrum, was Toyota, down 11.3%. That news came barely two days after the Japanese giant conceded it slipped to second in the global automotive sales race in 2016, behind Germany’s Volkswagen Group.

(Who were the global winners and also-rans of 2016? Click Here for the story.)

Fiat Chrysler wasn’t far behind, however, its January sales tumbling 11.2%. The smallest of the Detroit makers has several factories closed for major changeovers after ending production of two small car lines: the Dodge Dart and Chrysler 200. Both plants will be converted to build light trucks. FCA also is making a major changeover at its Jeep plant in Toledo that is expected to weaken sales in the coming months.

“The changing mix of sales in favor of utility vehicles is the primary driver for the year-over-year strength, as average prices in SUV segments climbed modestly, while the prices of subcompact SUVs declined.  Demand for subcompact SUVs, one of the hottest segments in 2016, appears to be slowing down, although new models from Ford, Nissan and Toyota could help spark interest in the segment,” said Tim Fleming, analyst for Kelley Blue Book.