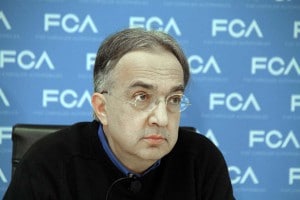 Officials at the Environmental Protection Agency accused Fiat Chrysler of also using software to beat diesel emissions tests. The charge was flatly denied by the automaker.

Nelson asked for the probe after the Environmental Protection Agency accused the automaker of using a device similar to that used by Volkswagen to pass U.S. emissions tests illegally.

(Senior VW managers warned to stay away from U.S. due to diesel scandal. For more, Click Here.)

In the wake of the VW scandal, many automakers were put in the crosshairs concerning their diesel technologies, but thus far, only VW has been found guilty of any wrongdoing.

However, some of the queries have found that some automakers may have found a method for improving their results. Officials in Britain and Germany claim automakers have made extensive use of a “thermal window” which allows manufacturers to turn down pollution-control systems for the sake of protecting an engine, Reuters reports.

By turning off or throttling back emissions treatment systems in cold weather, they cut down the risk of condensation building up in catalytic converters, which can cause rust and reduce exhaust-filtering effectiveness in the long run.

However, it also improves engine performance and stretches the intervals between refilling vehicles with urea, an expensive substance needed to extract NOx from exhaust fumes.

So the questions before regulators now is does a “thermal window” engine management system equate to an illegal “defeat device.”

In the U.S., automakers must declare their emission control strategy. Varying from the strategy is a violation of the law, and this has been the basis for EPA action against Volkswagen and now the allegations against Fiat Chrysler — allegations that FCA CEO Sergio Marchionne was quick to dismiss.

He angrily denied any wrongdoing, specifically suggesting the maker did not use any software to cheat the emissions testing procedures in the U.S.

However, the hunt is on in Europe. Earlier this week the European Commission called on Italy to cooperate with a German probe investigating allegations that the Fiat 500X, Fiat Doblo and Jeep Renegade models were equipped with illegal cheating software, Reuters reported.