Ford, Amazon Want to Sync You Up with Alexa

Voice assistant one of many new connected-car features for Sync. 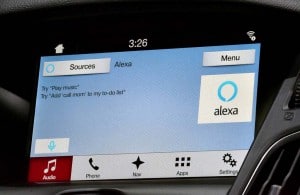 Ford is about to take Amazon’s Alexa for a ride.

She’s the wildly popular voice assistant now showing up in millions of homes equipped with various versions of Amazon’s Echo hardware. But, starting this month, owners of Ford vehicles equipped with the Sync infotainment system will be able to access some of the connected-car features in their vehicles remotely using one of Echo devices.

And, over the summer, motorists will be able to access Alexa herself from inside the vehicle to ask about things like traffic, the weather and restaurant tips, or to control some of their home automation technologies. Among other things, that means they could turn the lights on, start the coffeemaker and open the garage from behind the wheel using voice commands.

“Ford and Amazon are aligned around a vision that your voice should be the primary way to interface with your favorite devices and services,” said Don Butler, executive director, Ford Connected Vehicle and Services. “Customers will be able to start their vehicles from home, and manage smart home features while on the road – making life easier.” 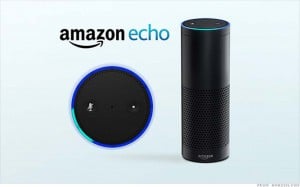 Alexa can be accessed through a number of Amazon devices including the Echo (r) and Echo Dot.

Ford Motor Co. CEO Mark Fields first announced plans for the feature at the 2016 Consumer Electronics Show in Las Vegas, and Ford is back at CES this year making the formal announcement that it’s about to begin the new service – one of a number of new features that will be offered using Sync.

Among the other updates to the infotainment system, owners of Ford vehicles with recent versions of Sync will be able to:

Ford is also adding a new high-speed WiFi hotspot in its vehicles to make it easier for occupants to stay connected using their own mobile devices. It follows competitors such as General Motors, Fiat Chrysler and Audi which also offer the technology on some of their products.

(Electric vehicles, autonomous cars and more. Click Here for a look at the 2016′s top stories.)

But the addition of Alexa could really connect with buyers considering how many homes are already using Amazon’s Echo, Echo Dot and Tap devices. Sales increased ninefold over the recent holiday break compared to Christmas 2015, according to the online buying service. Amazon won’t give specific numbers, however, only saying that it shipped “millions” worldwide. 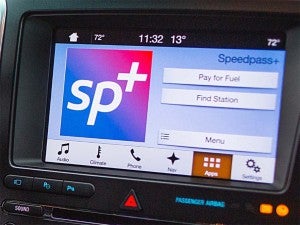 Ford's Sync now allows a motorist to pay for gas at an ExxonMobil station.

Always on, Echo devices listen for a “wake word,” usually someone saying the virtual assistant’s name, “Alexa.” They can then make requests for information, purchase things online, operate connected devices like lights, garage doors, even sprinklers. Over the holidays, Alexa even would sing “Auld Lang Syne,” and she is fond of telling corny jokes.

Experts suggest that consumers want a seamless online experience, being able to access music, videos and services like Echo offers no matter where they are. Ford is betting that will make the addition of Alexa appealing to current and potential customers. For Amazon, letting the voice assistant go mobile will only increase interest in adding one of the Echo devices at home.

“We’re excited to work with Ford to enhance the driver experience both inside and outside of the vehicle,” said Steve Rabuchin, who oversees Amazon’s Alexa project, in a statement. “We believe voice is the future, and this is particularly true in cars. The ability to use your voice to control your smart home, access entertainment, manage to-do lists and more makes for an extraordinary driving experience. We can’t wait for Ford customers to try this out.”

Amazon isn’t the only one Ford is teaming up with to enhance access to features and services in its vehicles. It also announced a new partnership with erstwhile rival Toyota to create the new SmartDeviceLink Consortium to create even more ways to link smartphone apps and features with their vehicles.

(Click Here for more on the new Ford/Toyota partnership.)