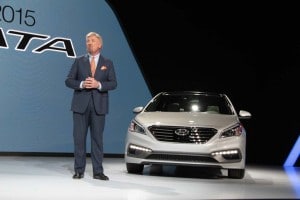 Hyundai's Dave Zuchowski, shown at the launch of the 2015 Sonata, spent three years as U.S. CEO.

Dave Zuchowski, the widely respected CEO of Hyundai Motor America has been summarily ousted by the company’s Korean headquarters.

The departure of the long-time Hyundai executive, who was named CEO in 2013, comes at a time when Hyundai has lost some of its momentum in the American market – though various industry observers said they question how much blame can be ascribed to Zuchowski considering he has long been pressing to flesh out Hyundai’s slim line-up of light trucks at a time they are gaining momentum while traditional passenger cars falter.

Hyundai representatives had no immediate comment on the news beyond the announcement that Jerry Flannery, currently HMA’s executive vice president and general counsel, will step in, at least temporarily, as Zuchowski’s replacement.

“We appreciate Dave’s decade of service to Hyundai, especially his leadership as president and CEO, which has made us a stronger organization,” Flannery said in a statement. “I look forward to working closely with our dealers, affiliates, senior management and our talented and hard-working employees across the country to realize Hyundai’s full potential.”

Hyundai has had a long history of putting its top executives “on a short leash,” said David Sullivan, a senior analyst with AutoPacific, Inc. It’s been rare for any CEO to last more than three or four years since the Koreans set up shop in the U.S. three decades ago, especially any American who inherited the post. 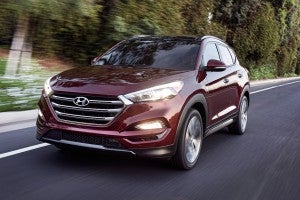 Among the most successful was John Krafcik, who served as Zuchowski’s predecessor before having his own ouster in 2013 – right after being named “Automotive Executive of the Year.” The parent company decided not to renew Krafcik’s contract even though, at the time, Hyundai was one of the U.S. market’s faster-growing brands. He is now the CEO of Waymo, the self-driving car project launched by Google.

But even before being terminated, Krafcik made it clear Hyundai needed to rethink its model mix, a call Zuchowski echoed throughout his three years at the helm.

“Changing leadership hasn’t solved any of their problems,” said analyst Sullivan, because “Hyundai is out of touch with the American market. It doesn’t matter who is at the top if you don’t have the right product.”

The Korean carmaker has received generally strong reviews for passenger cars like the Sonata and Elantra, and its new Genesis G90, a luxury sedan targeting the likes of the Mercedes-Benz S-Class, is one of three finalists for North American Car of the Year. But sedans aren’t what U.S. motorists want. Certainly not in the numbers seen in the past. Light trucks now account for more than 60% of the market – and SUV sales are growing even as overall demand has begun cooling. 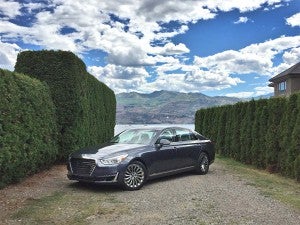 The Genesis G90 has gotten strong reviews - but the new luxury brand needs an SUV.

Hyundai, however, has just two SUVs in its line-up, the Tucson and bigger Santa Fe. Despite Zuchowski’s strong support, the company has continued dithering about launching a production version of the wildly popular compact Santa Cruz pickup, and there is no new SUV in the immediate offing.

That’s a particularly serious problem, according to Sullivan and other analysts, for the new Genesis brand. It has two model lines right now: the full-size G90 and slightly smaller G80. And while several other products are in development, an SUV is several years away. By comparison, successful Japanese and German luxury brands are flooding the market with new utes.

(Genesis pumps things up with G80 Sport. Click Here to check it out.)

It’s unclear if Flannery is a temporary fill-in or if he will be in the job longer-term. But whomever takes the CEO post at HMA will be facing challenges, especially if the U.S. car market cools, as expected, next year. Zuchowski was particularly good at keeping the maker’s 840 American dealers happy. They may be less willing to wait for a better model mix now.