EPA notes all automakers tracking for 50 mpg average by 2025. 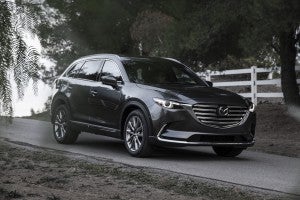 Mazda's SKYACTIV technology helped to be named the most fuel-efficient automaker in the United States by the Environmental Protection Agency.

It’s not just the Chicago Cubs celebrating a championship. Mazda executives may be planning a much-smaller parade as it was named the most fuel-efficient automaker in the U.S.

The Environmental Protection Agency named the Japanese maker the leader for the fourth year in a row after its fleet-wise adjusted fuel economy came in at 29.6 miles per gallon. To be clear, Mazda has the best fuel economy of any mainstream maker without a hybrid or battery electric in its line-up.

“Using our unique SKYACTIV Technology, Mazda has been able to achieve class-leading fuel efficiency in nearly every segment it competes in while remaining true to its core mission that Driving Matters.”

Mazda’s SKYACTIV technology is what put the automaker over the top, according to Mazda. SKYACTIV is a suite of component and engineering technologies intended to cut vehicle weight, improve engine efficiency and bolster vehicle dynamics for outstanding environmental and safety performance without sacrificing the brand’s renowned driving pleasure. 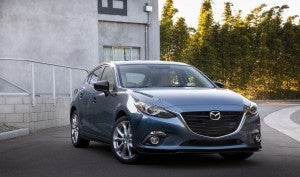 For the fourth consecutive year, Mazda was named the most fuel-efficient automaker.

However, it wasn’t a landslide win by any measure. Mazda was followed closely by Honda and Nissan. In fact, every major automaker is in compliance with the Corporate Average Fuel Economy target of 29.4 mpg.

Fiat Chrysler, Kia, Mercedes and VW were forced to use fuel-economy credits from previous model years to meet their targets. The latest results show makers are target to hit an average of 50 mpg by 2025.

The EPA’s latest report covers model year 2015. Overall, the industry outperformed the standard as it beat its target by 2.5%. While beating your targeted goal is always good, the result was as impressive at the industry’s 2014 results when it exceeded the regulatory goal by 4.5%.

Overall, fuel economy has improved by 28% since 2004, from less than 20 mpg to 24.8 mpg, the EPA said. Consumers are saving fuel even as more of them are buying light trucks rather than cars.

Car fuel economy reached an average 29.4 mpg in 2015 models, an all-time high, though car sales represented a record low 47% of all vehicle sales. Sport utility vehicle sales accounted for 38% of sales, the highest ever.

The sales ratio is important because larger trucks, sport utility vehicles and crossovers – despite dramatic improvements in fuel economy – drag the overall average down because cars get much better fuel economy.