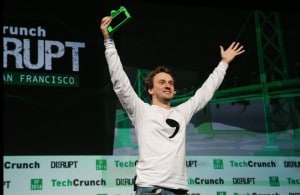 When are a Tesla Model S and a Honda Accord the same? When they have lane keeping assist technology and the Comma One semi-autonomous driving device hooked up to the Accord.

Assuming the Model S has the company’s much-publicized Autopilot program, once you hook up the Comma One both vehicles are semi-autonomous … although one is drastically less expensive than the other.

Comma.ai introduced the new aftermarket add-on at a trade show in San Francisco recently that allows anyone with $999 and who is willing to pay the $24 a month subscription fee to turn their vehicle into a nearly self-driving beast.

The reason it is so affordable is that it uses off-the-shelf technology and, according to the company, the unit can be installed by the car’s owner. Assuming one more thing: that car is a Honda or Acura with lane assist; however, that’s expected to grow as the system gains popularity.

About the size of a large cell phone or navigation system, the Comma One has a screen on the front and a two cameras on the back. The computer combines information from the device’s cameras and the car’s radar sensors to “see” what’s going on around it and respond accordingly. 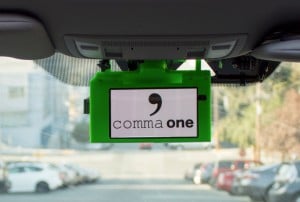 The new Comma One unit makes selected vehicles semi-autonomous and can be installed by the car's owner. Photo credit: TechCrunch.

Comma.ai founder George Hotz says the system is similar in capability to the previously mentioned Autopilot. It can complete a round-trip drive without the driver having to touch anything.

(Fatal crash in China focuses on use of Tesla’s Autopilot. Click Here for the story.)

Much like the folks at Tesla do, he emphasizes the driver must still pay attention in the event something goes wrong.

“It is fully functional. It’s about on par with Tesla Autopilot,” Hotz said, according to TechCrunch.com.

It doesn’t have a lot of sensors as the Comma One relies on built-in car front radars and comes with a camera. It got much of its testing running along the same corridors Tesla, Google and others have in California.

“The key sensors that we’re getting back is the cam. We’re actually getting back the video, even Tesla isn’t doing that. We have all the video data.”

The company hopes to start shipping units by the end of the year in small numbers with production ramping up sometime in 2017.

Hotz’s name may sound vaguely familiar to some: he’s pretty well known for his past exploits as a hacker, according to USA Today.

In 2007, he made news as a teenager by hacking the then-new iPhone in order to make it work with carriers other than just Apple-approved AT&T. A few years later, Hotz was sued by Sony after he spent years working on cracking the security of the company’s popular PlayStation 3 video console, the paper reported.