And what about CVTs? 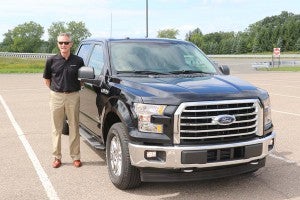 Marketing manager Doug Scott with the 2017 Ford F-150, the first model to use a 10-speed automatic.

Stronger, faster, higher. That motto for the Olympic athlete might also apply to transmissions. They have to handle ever more powerful engines, shift faster and deliver higher mileage by improving powertrain efficiency.

And a key to all those goals is adding ever more gears. Barely a decade ago, even going to six speeds was controversial. Today, however, that’s the starting point as manufacturers opt for seven, eight and even higher numbers. How much is too much? Is there a point of diminishing returns?

With tough new mileage and emissions standards coming into play worldwide, what’s clear is that manufacturers need to continue improving the efficiency of their transmissions. But the equal challenge is making sure that a new generation of gearboxes doesn’t sacrifice drivability and customer satisfaction in the process.

Barely three years ago, ZF seemed to be pushing the limits when it introduced its new nine-speed automatic. But Ford and General Motors are, quite literally, going to one-up the German supplier with a new 10-speed they jointly developed. And, it seems they may not maintain the lead all that long. Just three months ago, Honda quietly filed with the Japan Patent Office an application covering a new 11-speed transmission.

It features a three-clutch design which, the application said, allows “speed change to be more effectively restricted and a speed change response to be increased.” In other words, a faster and less noticeable shift. 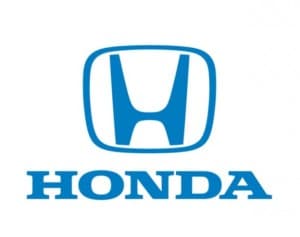 Honda recently filed a patent request in Japan for an 11-speed automatic transmission.

At their most fundamental, transmissions allow an engine to provide power to the wheels over a wide range of speeds. The key is to come up with the right number of gears – and the right gear ratios. A variety of factors influence that, most notably performance and fuel economy. Ideally, you want an infinite number of gears so that the engine is always operating at a speed that delivers either the best power or the best mileage – or the best balance of both.

That’s where the CVT, or continuously variable transmission, comes in. It’s designed to always keep the engine running at the optimum speed, and it can deliver double-digit mileage gains when properly executed, which is why manufacturers like Nissan and Honda, among others, are making wide use of CVT technology.

But CVTs have numerous drawbacks. Many customers find unpleasant the familiar “rubber-band” effect. Step on the gas, the engine revs up but the vehicle itself takes time to catch up. And CVTs traditionally haven’t been able to handle lots of torque, though Nissan now can tow as much as 6,000 pounds with the system in place in its Pathfinder SUV.

We may see more CVT applications going forward, especially in lower-end models, but conventional automatics are far from fading away, and by adding more gears they can potentially narrow the mileage gap and improve customer satisfaction.

While ZF scored an out-of-the-park grand slam with its eight-speed automatic, said David Sullivan, an analyst with AutoPacific, Inc., “their nine-speed is wrought with problems.” That has been readily apparent in recent quality and customer satisfaction studies, like the J.D. Power IQS and CSI reports.

The big challenge is programming a transmission properly so that it knows how to pick the right gear – whether the moment is calling for maximum power or the best fuel efficiency. At the same time, you don’t want the gearbox to be constantly hunting-and-seeking, dashing from one gear to another, which can result in a jerky ride, among other things.

Fiat Chrysler is one of several manufacturers who have been slammed in the owner surveys for the poor manners of its nine-speed boxes. And that’s why, “The focus was on always being in the right gear at the right time,” with the new 10-speed Ford will launch later this month, said Kevin Norris, the manager of that transmission program.

The new 10-speed was developed as part of an unusual collaboration between Ford and GM – the project also generating a new nine-speed. The basic hardware is the same, but the two makers branched off when it came time to develop the operating software. In the case of Ford, there are more than 1 million lines of code needed to ensure the gearbox works at peak efficiency while also delivering a pleasant ride.

The 10-speed will debut on the Raptor and Limited models of the 2017 Ford F-150. GM plans to launch its version on the limited-edition Chevrolet Camaro ZL1.

The two makers previously worked together on a six-speed automatic, and when asked if they might develop something even more advanced than the new nine- and 10-speed boxes, Norris suggested that, “Everything is possible,” though he quickly stressed that, “We think this is the sweet spot.”

Whether going to even more gears would deliver on the cost-benefit scale is yet to be determined. But Norris noted that the challenge would be to come up with the necessary hydraulic and electronic control systems.

Honda, apparently, thinks its unusual, three-clutch design is the answer. That approach could allow it to have several alternate keys in the ready to make lightning shifts. But it would still need the software to ensure it picks the right gears.

If, when and where Honda might use an 11-speed it isn’t ready to say, but with the gear count already in double-digits, few would be surprised to see the transmission wars wind down anytime soon.

(Click Here to check out the new Chevy Camaro ZL1.)