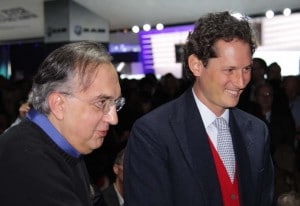 The Agnelli family, one of the leading families in the automotive industry, is moving the holding company that controls the family’s assets, including Fiat Chrysler Automobiles N.V. and the industrial firm CNH as well as Ferrari and The Economist Group, out of Italy.

Exor, which is now headed by John Elkann, the great, great grandson of Fiat’s founder, said the move to Amsterdam will simplify the key operations since Fiat and CNH set up offices in Amsterdam when they re-organized in 2014. Exor’s holdings are valued at $10 billion.

However, the move of Exor, which is expected to involve only two dozen employees, will further blur the national identify of Fiat Chrysler, which is developing something of a multinational identify in an industry where major companies such as BMW, Toyota and Ford are clearly associated with their home countries of Germany, Japan and the United States.

Elkann was quoted as saying that it was natural for Exor to align with “our principal investments [that] have themselves already reorganized their own corporate structure to better reflect their global activity.”

The move to the Netherlands would allow the company to benefit from legal, financial and commercial expertise in Amsterdam, according to a person familiar with the move.

“Investors fully expect a global company to be located in a global center,” the person said, speaking on condition of anonymity because this person is not a spokesperson for the company.

The new Dutch shareholding structure will give more voting rights to shareholders who hold onto their investments for years, such as Agnelli family members.

Exor will still be traded on the Milan stock exchange, and its companies will continue to employ more than 80,000 people in Italy.

(Marchionne pushed for manufacturing revival at FCA. Click Here for the story.)

Exor also owns 100% of Bermuda-based insurance firm PartnerRe, a majority stake in Juventus, one of Italy’s leading soccer franchises. The move, which should be finalized by the end of the year, will directly affect about 25 staff in Exor’s head office.