Automaker pushing ahead with debut of Ground Tourer concept. 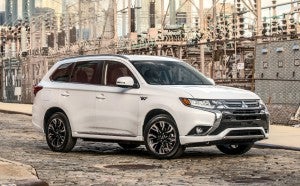 Mitsubishi is delaying the introduction of the 2017 Outlander PHEV until next summer.

Mitsubishi is pushing back the U.S. introduction of the plug-in hybrid version of its Outlander utility vehicle until next summer.

The PHEV version of the Outlander, which was unveiled at the New York Auto Show last spring, was originally scheduled for this fall. However, the plans have changed, according to Alex Fedorak, Mitsubishi’s director of communications.

“Following a thorough evaluation process, we have determined that, in order to meet a level of competitiveness that will exceed customer expectations in the United States, the launch of the Outlander PHEV will be delayed until the summer of 2017,” he said in an email to TheDetroitBureau.com.

Mitsubishi plans to introduce a larger and more luxurious PHEV, the Ground Tourer, during the Paris Motor Show in late September.

Mitsubishi sales have increased this year by 4.2% this year as it continues to bolster its position in the U.S. market despite a 16% decline in the sale of Mitsubishi passenger car sales. 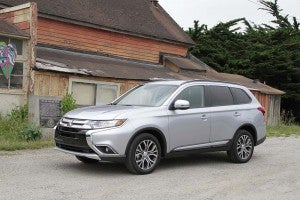 The 2016 Mitsubishi Outlander is helping the Japanese maker regain ground in the U.S. market.

Mitsubishi has been betting big on going green, whether with high-mileage gas models like the latest Mirage sedan, the pure battery-electric i-MIEV, or the plug-in hybrid electric vehicles it plans to bring to market, starting with the debut of a plug-based Outlander.

The Ground Tourer concept also “further expresses” the struggling Japanese automaker’s push into battery-electric propulsion, with a plug-in hybrid driveline meant to deliver “effortless cruising in all driving conditions on and off-road,” Mitsubishi officials have said in recent months.

Meanwhile, in April, Mitsubishi admitted rigging the fuel economy numbers on four microcars it produces for the Japanese market. It now admitted it altered other models going back as long as 25 years. That caused its home market sales to crash and its stock price to crater, allowing Japan’s second-largest automaker, Nissan, to come in and buy a 34% controlling stake of the company.

Nissan and its alliance partner Renault have invested billions of dollars in battery-based technology for products like the Nissan Leaf, and it’s widely expected it will work with Mitsubishi on future electrification efforts. Mitsubishi, however, is expected to continue to operate as a separate unit.