And is a Cadillac supercar also in the works? 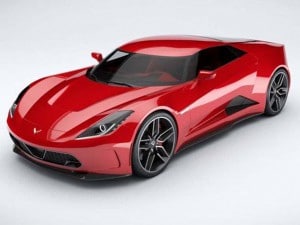 A rendering of a possible mid-engine Corvette from Car & Driver, which has long chased the story.

In the classic Humphrey Bogart film, The Maltese Falcon, detective Sam Spade gets caught up in the chase for a jewel-encrusted bird, it’s “the stuff that dreams are made of,” he says. For sports car fans, especially those who’ve long waited to see General Motors finally deliver a true world-beater, the stuff of dreams is the long-rumored, mid-engine Corvette.

The search has long consumed veteran Detroit journalists like Don Sherman who remains convinced the project is real. And there are growing signs he is right – at least if a flurry of recent whispers and rumors, as well as articles and reports in outlets as diverse as the Detroit News and Car & Driver prove accurate.

There is an unusual twist to this long-running tail being bandied about. Might the mid-engine prototype spotted a number of times in recent months not actually be earmarked for Chevrolet, however? Might this supposedly ultimate Corvette actually be destined to serve as the halo car for the Cadillac brand, a challenge to the likes of the newly updated Audi R8 and reborn Acura NSX?

For their part, General Motors officials remain mum. The stock answer is that the automaker doesn’t discuss future projects. And, the reality is, even some of the company’s more senior officials don’t really know. As several current and former Corvette project members stress, that is a highly compartmentalized team operating in its own little world.

Consider the current model, known as the C7, or seventh-generation Corvette. The project was repeatedly put on hold due to GM’s tenuous financial situation and ultimate bankruptcy. But members of the team quietly kept meeting on their own, nudging things forward, Tadge Juchter, the king of the Corvette empire, told TheDetroitBureau.com. Eventually, when the funding spigot opened up again, the project was actually already well along. 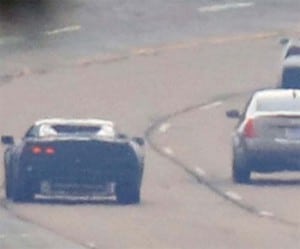 A portion of a spy shot possibly revealing a C8 prototype snapped by Glen Paulina of KGB Photography at the Milford Proving Grounds.

According to various reports, the supercar project is going by the internal codename “Emperor,” and it could make its official debut in early 2018, with production set to begin a year later. That would suggest an unveiling at the January 2018 Detroit show, a fitting place considering the wildly successful introduction of the current, C7 ‘Vette at the North American International Auto Show in January 2013.

(Muscle car wars heating up. Click Here for the story.)

Many are referring to the mid-engine model as the C8, which would make it the successor to the current model, but if it were to come to market as soon as all those sources and rumors suggest, “it would make the current Corvette the shortest-lived ever,” lasting in production barely six years, said David Sullivan, a senior analyst with AutoPacific, Inc.

That wouldn’t be entirely a surprise. In today’s competitive market, model lifecycles are a lot shorter than just a decade or two ago – typically six or seven years for most nameplates. And, if you look at the cars that a C8 would compete with, from brands like Porsche, Lamborghini and Ferrari, they’re updating things more quickly than ever.

But several sources suggest GM’s plans might not be as simple as they seem. One possibility is that Chevy will now get two very different versions of the Corvette, perhaps an update of today’s C7 as a base car, and a mid-engine C8 supercar at the upper extremes. That’s not as odd a strategy as it might first seem. 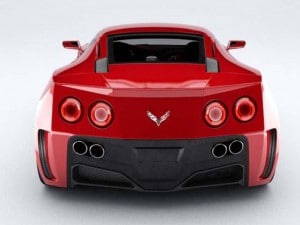 Another angle from the renderings created by Car & Driver of the "Emperor" Corvette.

Over the years, Chevy has expanded the range of past Corvette models. There’s currently the “base” Stingray and the more potent Corvette Z06. The previous-generation sports car also came in a ZR1 package, the most powerful model in Corvette history. There’s no ZR1 in the current line-up, and some speculate the Emperor project might actually be targeting that gap.

After all, whether you’re talking Porsche, Lamborghini, Ferrari, Aston-Martin, none of those makers is content with just one high-end sports car. They have very different models running from hot to hotter to hottest.

This approach would have the added benefit of letting Chevrolet maintain the core audience for today’s relatively affordable Corvette – the current base price at $56,395 – while giving them an aspirational step-up to what would all but certainly push well above the $100,000 mark, and perhaps even to $200,000 or more, fully outfitted.

But here’s where the speculation takes a swing in an entirely different direction. What if the mid-engine prototypes spy photographers have been snapping in recent months actually don’t belong to Chevrolet, at all? Could there be a little mis-direction underway? What if what we seem to be seeing is actually a Cadillac? 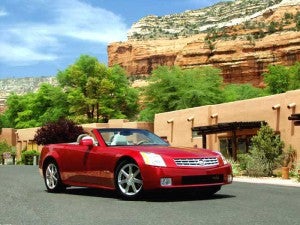 According to former GM car czar Lutz, the maker was going to do a new version of the Cadillac XLR off a mid-engine platform.

“We have it as a Cadillac, for sure,” said analyst Sullivan, referring to AutoPacific’s forward product planning worksheet. Referring to Caddy’s President Johan de Nysschen, Sullivan said the executive has “made it pretty clear it was something they needed. He wants and R8/NSX fighter in his shed.”

Indeed, de Nysschen has frequently said he’d love a halo car – after all, he was head of Audi of America at the time the two-seater R8 supercar was added, and knows well how it helped polish the image of that brand, almost single-handedly lifting it from second to first-tier luxury status. Such extreme halo cars “are the spice in your meal,” de Nysschen has said on more than one occasion.

But when contacted by TheDetroitBureau.com, the South African-born executive was the only GM official to go on the record, albeit with potentially disappointing news. “There are no plans in the works at present for a Cadillac sports car,” he flatly declared in an e-mail.

A GM source said that should be no surprise. “Something like that doesn’t increase their scale,” said one of those insiders, referring to Caddy’s need to build global volume. “It doesn’t hit the sweet spot,” and until the luxury brand has a full range of more mainstream products, a halo car can’t really accomplish what it’s meant to do.

(Chevrolet powers up with new Camaro ZL1. Click Here to check it out.) 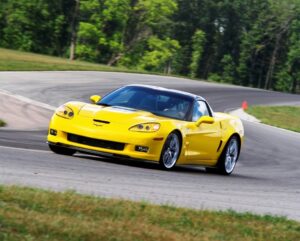 The hottest version of the Corvette ever sold was the ZR1 package based on the C6 model.

Of course, by sharing the basic underpinnings of a mid-engine supercar between two brands, GM would help improve the business case for the project. But there would also be the challenge of coming up with clear differentiation between the Chevrolet and Cadillac models. GM tried that with a modified version of the C5, or fifth-generation Corvette. But the Caddy XLR was a massive flop.

One of those who expects to see the mid-engine Corvette finally make it to market is Bob Lutz, the former GM “car czar” who was big proponent of the project and who claims the program was approved in 2007 and then shut down as the carmaker plunged into bankruptcy.

Juchter previously told TheDetroitBureau.com a lot changed between the time the project ran out of funding and when it started up again. He has declined to discuss whether a mid-engine design was originally in the works.

What’s likely is that there will be major differences between the supercar that would’ve come to market then and whatever might debut in 2018. For his part, Car & Driver’s doggedly determined Don Sherman expects Chevy will retain the familiar push-rod small-block Corvette V-8, even while moving it to midship. 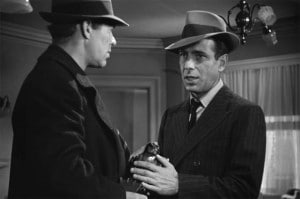 "The stuff that dreams are made of"? Of course, the rumored, mid-engine C8 Corvette may be no more real than the legendary Maltese Falcon.

But could there be an alternative? Could Chevy even offer two different powertrain options? That’s something a number of industry insiders have been speculating about, former GM Vice Chairman Lutz going on record with the Detroit News discussing the possibility of an electrified super-Vette.

Suggesting it might actually have “10 to 15-mile plug-in electric capability,” Lutz told the paper, adding, “That would only require a 5-kWh battery, or $1,300 at today’s lithium-ion prices (plus motors and control hardware).”

Before dismissing that idea, consider that the top-line models produced by Porsche, McLaren and Ferrari in recent years, the 918 Spyder, P1 and La Ferrari, respectively, have all used hybrid drive systems. And the new NSX pairs a trio of electric motors with a twin-turbo V-6.

Electric motors develop maximum torque almost instantly, a definite plus for a supercar. They could also provide all-wheel drive without adding the traditional, mechanical complexities. The NSX places two of its motors up front to not only give it a catapult-like launch but also to offer torque vectoring for better handling.

Adding more credence to the idea that a major development is in the works, GM earlier this year announced it will invest $800 million in the Corvette plant in Bowling Green, Kentucky. It is, of course, possible that such a big chunk of change is just meant to update an aging plant, fix an outdated paint shop and improve productivity. But it more likely suggests that something significant is in the works.

Whether that’s just a more traditional update of the current Corvette or the radical, mid-engine remake that folks like Don Sherman have long expected, well, with luck, more details may start to leak out before 2018.

(Dodge again killing off Viper. Click Here for the story.)