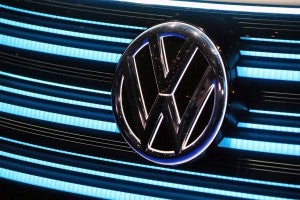 VW could be asked to pay a criminal fine of as much as $1.2 bil, according to reports.

The U.S. Justice Department is reportedly in talks with Volkswagen AG as it prepares to lay out criminal charges against the automaker following an ongoing investigation of VW’s rigging of diesel emissions tests.

While charges against individuals could yet be revealed, several reports out of Washington suggest that federal prosecutors will focus on levying as much as $1.2 billion in fines against the embattled German automaker, and possibly appointing a monitor to oversee VW’s future behavior.

Any settlement would come on top of the $14.7 billion Volkswagen agreed to pay as part of a civil settlement with the Justice Dept., the Environmental Protection Agency and the Federal Trade Commission. That deal, announced in June, included about $10 billion to buy back as many as 475,000 vehicles sold in the U.S. equipped with 2.0-liter diesel engines.

Settling the criminal probe would help VW move closer to resolving the diesel scandal, but the maker still faces a variety of other legal issues, including lawsuits filed by its dealers and shareholders, as well as by New York and two other eastern states. And it must yet come up with a settlement covering a higher-end 3.0-liter diesel that was also rigged to illegally pass emissions tests.

The scandal erupted last September when the EPA accused Volkswagen of using a so-called “defeat device” capable of detecting when vehicles using the 2.0-liter diesel were undergoing emissions tests. The automaker soon acknowledged cheating, also admitting to rigging the larger diesel engine. Since then, it has been unable to sell any of its diesel products in the U.S. market, models that had previously accounted for about a quarter of its sales.

Exactly who was responsible for the subterfuge has remained a matter of debate. VW officials have repeatedly pointed to a handful of engineers, though a number of senior managers were quickly forced out. That includes former CEO Martin Winterkorn. Winterkorn is one of at least two top executives under investigation by German prosecutors.

VW reached a civil settlement with various federal government agencies, as well as the California Air Resources Board, in June. That agreement sets aside about $10 billion to either buy back or repair vehicles using the maker’s 2.0-liter turbodiesel. VW has begun fixing the many of the 11 million vehicles using that engine sold abroad, but a repair plan has not yet been approved for the U.S., and industry observers expect that most older models will likely prove irreparable.

The settlement also included $2.7 billion in emissions remediation funds, and another $2 billion to promote the sale of zero-emissions vehicles. 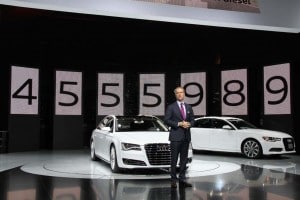 VW still has to reach a settlement and come up with a fix for its 3.0-liter turbodiesel.

During a government news conference meant to discuss details of the deal, Gina McCarthy, the head of the EPA, called the settlement “unprecedented,” and a “groundbreaking achievement.” But Deputy U.S. Attorney General Sally G. Yates also said that, “our criminal investigation is active and ongoing.”

The Justice Department would not discuss news reports about a pending settlement, while VW issued a statement that “our discussions are continuing towards a resolution of remaining issues.”

Those discussions includes not only the Justice Dept. criminal probe but efforts to resolve the 3.0-liter diesel engine cheating. The automaker is expected to offer a plan that would have it repair that powertrain – which was used in Audi and Porsche models, as well as Volkswagen brand products. But a first proposed fix was rejected by California authorities.

VW is also expected to announce a plan in the coming weeks meant to compensate its U.S. dealers for lost sales. It also has to resolve claims by investors who have seen the maker’s stock tumble sharply since the diesel scandal broke last autumn.

And criminal and civil cases are underway in Germany and a number of other countries.

VW CEO Matthias Mueller recently cautioned that the financial impact from the diesel scandal will likely be felt for some time. But despite the hit to both the corporate bottom line and its image, VW managed to overtake rival Toyota to become the world’s best-selling automaker during the first half of 2016.

(How did VW overtake Toyota? Click Here for the story.)