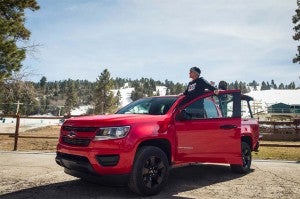 GM is looking to continue the growth of its midsize truck entries, including new marketing campaigns.

General Motors has made some major inroads into the rebounding midsize truck market with the reborn Chevrolet Colorado and GMC Canyon pickups. Now, it’s looking to build even more momentum with a mix of new variants and improved powertrain options.

That includes an all-new V-6 mated with an eight-speed automatic for mainstream Chevy, while the “professional grade” side of the house adds two new models, the GMC Canyon Denali, and the “off-road-inspired” Canyon All Terrain X.

Once written off for dead, the midsize market has shown new life during the last two years, in large part due to the return of the Colorado and Canyon models, analysts contend. In turn, the strong demand for the two GM models “has justified our continued investment in midsize pickups,” said Anita Burke, chief engineer for Colorado.

The Chevy pickup’s sales were up 27% in July compared to the year before. And Chevy is betting it can build even more momentum for 2017 with its new V-6. The second-generation double-overhead-cam engine retains the earlier powertrain’s 3.6-liter displacement. But it adds such performance and mileage enhancing features as cylinder deactivation, which shuts down two cylinders under light power demands. Chevy claims to have improved the engine’s direct injection and variable valve timing, too.

Mated to a new, segment-exclusive eight-speed automatic, the V-6 will make 308 horsepower and 275 pound-feet of torque. GM has not yet released mileage numbers for the new powertrain package, which will land in showrooms during the fourth quarter of 2016. 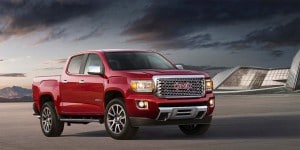 GMC continues the expansion of its "brand within a brand" with the Canyon Denali edition. Denali vehicles account for about a quarter of all GMC sales.

As has long been anticipated, General Motors’ truck brand will now give the Canyon the high-line Denali treatment. That’s no surprise because GMC has turned Denali into a virtual brand-within-a-brand that now accounts for more than a quarter of its total sales.

“Canyon continues to carve out its own niche as the only premium truck in the midsize segment,” Duncan Aldred, vice president of GMC sales and marketing, said in a statement. “With a broader 2017 Canyon lineup and the redesigned Acadia, GMC is offering more choices for finding the premium truck or SUV that matches customers’ design preferences and capability needs.” 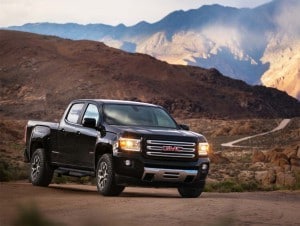 The Canyon All Terrain X aims to compete head on with the Toyota Tacoma.

For those who prefer something a bit more rugged, GMC is adding the Canyon All Terrain X. This model appears to be targeting the midsize pickup segment-leading Toyota Tacoma. It routinely ranks tops with those looking for a serious off-road package.