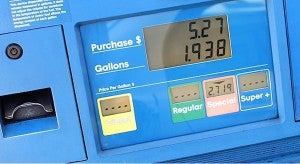 With fuel prices the lowest they’ve been since the start of the Great Recession, automakers have seen a boom in demand for light trucks and performance vehicles. But while that might be good for the short-term bottom line, it could pose serious problems in the longer-term, as the industry struggles to cope with tough new fuel economy mandates.

Automakers have delivered significant improvements in fuel economy in recent years, but they’ve got a long way to go to meet the 54.5 mile-per-gallon target the federal government has set for 2025. Some industry insiders argue they can’t get there – at least not without pricing vehicles out of the hands of most consumers. The environmental community has countered that this is just a scare tactic and that manufacturers have shown they can deliver fuel-efficient products consumers can afford.

Both sides will have their eyes on Washington this week, the federal government finally expected to release a so-called mid-term review that could decide whether to ease back on the 54.5 mpg target if the goal is determined to be unreasonable.

The review was originally expected to be released last month, and may now be issued this week. Jointly produced by the Environmental Protection Agency, the National Highway Traffic Safety Administration and the California Air Resources Board, it will be the first step in a year-long process of examining the Corporate Average Fuel Economy, or CAFE, goals set to phase in between 2018 and 2025. 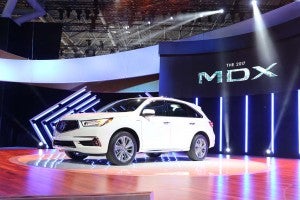 Demand for SUVs -- like this 2017 Acura MDX -- and other light trucks is stronger than ever.

Officially, automakers are expected to reach an average 54.5 mpg by the middle of the next decade, but the actual number is likely to be in the mid-40s once manufacturers take advantage of various credits and adjustments. Still, that is a big jump from today, industry analysts anticipating the typical new vehicle sold in 2016 will deliver something in the low 30 mpg range.

Those who would likely to see the CAFE target held point to surveys that find, despite today’s cheap gas, that consumers still want better mileage. According to Consumers Union, publisher of the non-profit Consumer Reports magazine, 75% of Americans want an increase in mileage. Research by the Consumer Federation of America found 81% of motorists listing fuel economy as a central factor in their car-purchasing decisions.

“It’s no surprise that fuel efficiency is still a top priority, as consumers have had a long history with volatile gas prices,” said Jack Gillis, director of public affairs for the Consumer Federation.

Even automakers have come to accept that motorists want better mileage. Despite relatively cheap gas, fuel economy numbers are central in most new car advertising, even for luxury and performance products.

The question is how far to go. And that argument is largely based on the cost-benefit ratio. 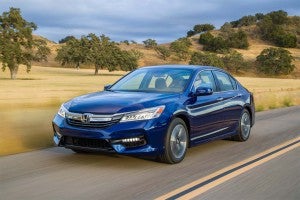 Even if the 2025 CAFE standard were to roll back, Honda says it will stay the course with products like the latest-generation Accord Hybrid.

Automakers have already added thousands of dollars in technology for the typical vehicle since the first CAFE mandate was enacted back in the 1970. But they’re rapidly accelerating that investment as they add turbochargers, hybrids and advanced, eight-, nine- and even 10-speed transmissions under the hood.

A controversial study by the Center for Automotive Research, in Ann Arbor, Michigan, estimated it could cost $10,000 a vehicle to meet the 2025 mileage target. That figure is way out of line, CAFE proponents have argued, but even if the figure were less than $2,000, industry backers say it would be hard for motorists to justify the expense based on fuel savings.

Going from today’s mileage to the 2025 target would require an eight year payback period, something “well beyond what most consumers consider worthwhile when buying a new vehicle,” according to the industry trade group, the Alliance for Automotive Manufacturers.

(Study warns new cars are becoming unaffordable for most consumers. Click Here for the story.)

Officials with the alliance point out that many of the industry’s most fuel-efficient models are largely being ignored by American consumers, something the group warns will make it doubly difficult to reach the 2025 target. Indeed, demand for small, high-mileage models – indeed, for traditional passenger cars, as a whole – has plunged over the last several years. 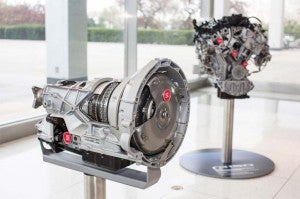 But that argument isn’t entirely on target. True, SUVs, pickups and other light trucks now account for 60% of U.S. new vehicle sales, but on the ute side, motorists have been downsizing and often opting for more fuel-efficient powertrain options. Even in the pickup segment, manufacturers are finding a warm reception for new, higher-mileage options. The vast majority of the full-sized F-150 pickups sold by Ford now come with V-6, rather than classic V-8 engines.

Meanwhile, the Alliance argument overlooks several other factors. First, the CAFE standard is actually somewhat flexible, so large vehicles, like pickups, have lower targets to meet. And then there’s the question of fuel prices. While it is difficult to say where the numbers will go in the short to mid-term, most analysts agree prices will eventually rebound, speeding up the payback period for fuel-saving technologies.

“We’re moving ahead as planned,” John Mendel, Honda’s top American executive, told TheDetroitBureau.com, even if the inter-agency review were to roll back the 54.5 mpg standard.

Indeed, the longer it takes for a final decision, the less likely there will be a shift in direction by the industry no matter what the results. That’s because of the long product development cycles common in the auto industry.

The typical new vehicle undergoes a complete makeover only every five to seven years, so many of the models set to debut in 2017 will be around until just before the 2025 target date. And powertrain programs have an even longer lifecycle.

So, while manufacturers might be given a little more breathing room if CAFE is rolled back, many observers say the actual impact will be relatively modest. There’ll still be plenty of high-mileage options, whether downsized turbocharged engines, plug-in hybrids or full battery-electric vehicles on the market in 2025. And if gas prices start to hit $4 a gallon or more, the average mileage of a U.S. vehicle might just approach the 54.5 mpg target anyway.