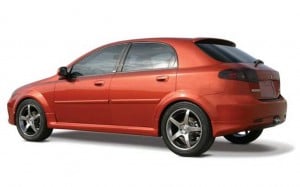 Suzuki's CEO and senior executives are resigning the wake of revelations about the company's reporting of fuel economy ratings for cars.

The 86-year-old CEO and other senior executives at Japanese automaker Suzuki are stepping down or taking large pay cuts as a result of the maker’s admission it falsified fuel economy data to boost sales.

Suzuki last month acknowledged using test procedures that boosted its reported mileage. That announcement came weeks after rival Mitsubishi Motors admitted it had been rigging its own numbers for as much as a quarter century.

Longtime CEO Osamu Suzuki, who also serves as chief of Suzuki Motor Corp., will step down, as will executive vice president Osamu Honda – who has no relationship with the Honda Motor Co. Suzuki corporate directors also will take deep pay cuts.

Both Suzuki and Mitsubishi are major players in Japan’s so-called kei car market. Those are microcars with engines under 600 cc. Fuel economy and price are two of the key attributes buyers look for in the segment, apparently giving manufacturers an incentive to illegally tweak their numbers.

Mitsubishi was the first to admit to the subterfuge, revealing that it used testing procedures intended to boost mileage numbers for at least 25 years. The scam included bigger models, as well, though Mitsubishi has insisted it did not cover vehicles sold outside Japan, one of the world’s largest motor vehicle markets.

Hammered by a series of previous scandals, Mitsubishi saw its sales and stock price collapse, agreeing last month to a bailout by Japan’s second-largest automaker, Nissan, which has purchased a controlling, 34% stake in the smaller manufacturer.

So far, Suzuki has been able to weather the revelations, though it has also taken hits to sales and stock.

The company was founded 107 years ago by Michio Suzuki. Born Osamu Matsuda in February 1930, the CEO married the granddaughter of the carmaker’s founder and took her family name. As there was no male family heir, he eventually rose to the top.

Suzuki is a player in small cars in Japan, but it is a dominant manufacturer in the booming Indian auto market. It gave up on the U.S. car market in 2012 after struggling for years to establish a presence. It continues to sell motorcycles in the States.