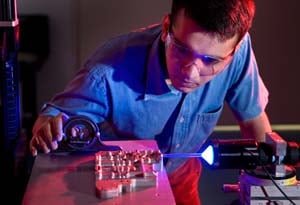 Automakers spent more than $20 billion in the U.S. last year on research and development, employing nearly 10% of the countries scientists and engineers.

General Motors Co., Ford Motor Co. and Fiat Chrysler Automobiles N.V., despite their hidebound reputations, actually spend more on research and development than companies such as Facebook, according to a new report.

The report from the American Automotive Policy Council, the Washington D.C.-based lobby for the domestic auto industry, reported that, based on the latest data, the auto industry ranks second in global R&D spending and invested more than $20 billion in the U.S. last year.

In addition, automakers and their suppliers employ nearly one out of every 10 private sector scientists and engineers in America, the AAPC said.

(Daimler investing around $8B on “green powertrains” by 2018. For more, Click Here.)

“Our members – FCA, Ford and General Motors – rank among the world’s top investors in research and development. We are proud of the critical contributions their engineers and scientists have made to American innovation and economic progress,” said former Missouri Governor Matt Blunt, who is the AAPC current president.

Blunt added, “Many Americans probably do not realize that each of these three companies have invested more in R&D than Facebook, HP, Dow or ExxonMobil. Investment in R&D is a force multiplier, and this news demonstrates just one more way the automotive industry is having profound impacts on the U.S. economy and creating American jobs. 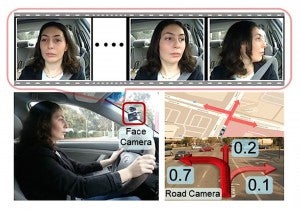 Researchers have developed technology that monitors a driver's movements and warns them when they are about to make a mistake.

FCA, Ford and General Motors are among the leaders in the global race to develop alternative fuel vehicles, advanced materials and autonomous vehicles, Blunt added. During the past five years, these three companies have collectively applied for more than 15,000 U.S. patents.

Blunt also said the scope of the spending on research and development is driven in large part by the technical complexity built into cars to make them safer and more durable. A new car or truck contains about 60 microprocessors, while a new smartphone only contains one, Blunt said. Each vehicle’s microprocessor also manages 100 or more sensors, providing automobiles with state-of-the-art technologies.

(To see more about Honda showing up both Chevy and Ford, Click Here.)

Automakers also manage the world’s largest supply chains – a car or truck contains between 8,000 and 12,000 parts, sourced from manufacturers across the country and around the world and require complex systems to insure delivery.