And 2.1 mil defective inflators have been installed as replacements in older vehicles.

(This story has been revised to include comments by FCA and Toyota.)

Even as federal safety regulators expand the ongoing recall of defective Takata airbags, four major automakers continue to install some of the potentially deadly devices on their newest vehicles, according to a new Senate report.

A number of manufacturers also are using defective Takata inflators as replacements for older airbags in about 2.1 million recalled vehicles. Federal regulators have approved that move as a temporary measure due to a shortage of replacements parts using newer, safer designs.

The four manufacturers that acknowledge they are continuing to use defective Takata bags in new products are Fiat Chrysler, Mitsubishi, Toyota and Volkswagen, according to the report released today by U.S. Senator Bill Nelson, the ranking Democrat on the Senate Commerce Committee.

“What’s troubling here is that consumers are buying new cars not realizing they’re going to be recalled,” said Sen. Nelson in a statement accompanying the new report. “These cars shouldn’t be sold until they’re fixed.” 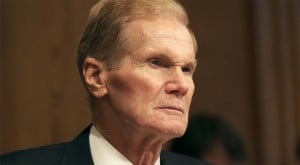 Sen. Bill Nelson is the ranking Democrat on the Senate Commerce Committee.

Last October, the National Highway Traffic Safety Administration ordered the recall of 24 million vehicles equipped with Takata airbags. The inflators used in the device were found to have been manufactured improperly and could inflate over-aggressively when triggered by a crash. That can result in metal and plastic shrapnel being spewed into the passenger compartment.

So far, at least 13 deaths have been linked to the defect worldwide, including 10 in the U.S., the latest fatality involving a 17-year-old Texas girl killed in what police described as an otherwise survival crash. More than 100 people also have been injured.

While the defect was original thought to be exacerbated by high temperatures and humidity – with most of the initial fatalities occurring in regions like Southern Florida – new evidence shows Takata airbags can malfunction in other environments. As a result, NHTSA in March ordered the recall of as many as 40 million more of the devices. The exact number of vehicles is uncertain because some use several of the targeted airbags.

The Takata problem has become the largest recall in automotive history and has proven especially vexing to address, said an aide to Sen. Nelson, noting, “There are not enough replacement bags.”

According to the latest NHTSA figures, about 8.4 million Takata airbags have been replaced, but that covers only slightly more than 4.7 million vehicles, or roughly a quarter of those involved in the original recall.

The Senate report, citing NHTSA data, noted that As of May 20, 2016, “nationwide recall completion rates for each automaker range from .16% to 57.1%.” About 20 automakers have so far been impacted by the Takata recall.

But even among those that have been repaired, it turns out, many vehicles will have to be brought back in for additional fixes later. Some automakers, it turns out, are ripping out older Takata airbags and replacing them with newer inflators of the same design.

The logic is that ammonium nitrate, the chemical used to inflate Takata airbags, breaks down over time, so the newer replacements are less likely to malfunction and are relatively safe to install as a temporary fix until inflators using a new design are available.

But, eventually, at least 2.1 million airbags will have to be replaced for a second time.

Parts shortages are also to blame for the decision by at least four manufacturers to keep installing recalled airbags in their newest vehicles. While Fiat Chrysler, Toyota, Volkswagen and Mitsubishi have acknowledged this policy, only two brands provided details to Senate investigators listing these models:

Honda initially told investigators it had also used recalled airbags. But the Japanese maker subsequently reversed itself and said no new models have been or will be built using the defective airbags.

Responding to the Senate report, FCA Spokesman Eric Mayne responded by e-mail that, “FCA US is not equipping any new vehicles with components that are currently subject to recall.”

Separately, Toyota issued a response by e-mail stating that the automaker, “is phasing out the use of Takata air bag inflators without desiccant in vehicles currently under production. Importantly, these non-desiccated inflators are not subject to a current recall.”

Technically, that is correct, but FCA still is using a Takata airbag that is not equipped with a desiccant, a chemical designed to absorb moisture and reduce the risk of a malfunction by one of the supplier’s ammonium nitrate inflators. NHTSA has indicated that it ultimately does plan to recall all such airbags by 2018 but does not necessarily consider them an immediate safety threat.

A key problem for the auto industry is that Takata cannot produce replacement inflators fast enough, a situation worsened by the embattled supplier’s financial woes. It is currently working with restructuring firm Lazard and is rumored to be negotiating a sale to buy-out firm Kohlberg Kravis Roberts, or KKR.

Several automakers, including Toyota and BMW, have contracted other suppliers to provide replacements for the defective Takata airbags, but the production ramp-up process has been slow.