Freeing customers from “the tyranny of technology.” 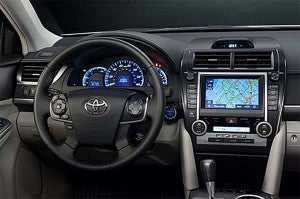 Toyota expects to add lots more features to its EnTune system, while also reshaping the way technology fits into the interior.

Toyota has launched a new  partnership with software giant Microsoft meant to expand the use of technology both for the development and production of new vehicles, as well as to expand the range of features and services that can be delivered to customers while driving.

Dubbed Toyota Connected, the venture is the latest sign of the growing links between the automotive and consumer electronics worlds. Today’s cars are already loaded with advanced electronic safety and infotainment systems. And technology is expected to play an even greater role as automakers push towards the goal of delivering the first fully autonomous vehicles within the next decade.

“Toyota Connected will help free our customers from the tyranny of technology,” said Zach Hicks, the newly named CEO of Toyota Connected. One of the goals of the venture is to make in-car technology simpler and easier to use, while integrating it with the devices we use elsewhere, such as smartphones.

The new venture will effectively oversee all of Toyota’s high-tech operations worldwide, everything from data analytics used in product development to the robots used at its assembly plants. The recently formed Toyota Research Institute, which is in charge of autonomous vehicle research, will report to Hicks – who also serves as Toyota North America’s chief information officer. 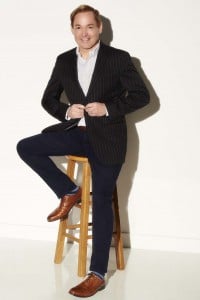 But, from a public perspective, Toyota buyers will experience Toyota Connected through the wide range of infotainment services the Japanese maker hopes to offer. The goal is to go well beyond what’s in the car today, and make for a much more personalized experience, Hicks explained.

He painted one scenario in which a motorist, running on empty, is stuck in traffic and late for a meeting at the office. “Wouldn’t it be nice if your car could monitor traffic, find the cheapest gas and sent a note to the organizer of your meeting to let them know you’ll be 15 minutes late?” Hicks suggested.

Toyota Connected also will serve as the maker’s portal into the Vehicle-to-Vehicle and Vehicle-to-Infrastructure – or V2V and V2I — networks that the federal government hopes to establish in the coming years. These would, among other things, help track traffic, road and weather conditions to improve traffic flow and reduce crashes, among other things.

“The auto industry is going through a transformation,” explained Kurt DelBene, executive vice president, Corporate Strategy and Planning at Microsoft. “Cars don’t just get people from their homes to work. They’re an extension of peoples’ digital lives,” a trend only expected to accelerate in the coming years.

One of the challenges automakers face is finding a way to make it easy – and less distracting – to use all that technology. According to numerous studies, such as the annual J.D. Power Initial Quality Survey, tech-based issues have become the single-biggest complaint among new vehicle buyers.

One of the goals for Toyota Connected will be to simplify the man-machine interface, the new partners agreed. That might mean a different approach to in-vehicle controls. The touchscreen might be blacked out, said Hicks, until a driver reaches for it. Sensors could track a motorist’s eyes to know what they are looking for. Additional sensors could also track biometric data, such as a passenger’s heartrate, and notify a doctor, if necessary.

Toyota also hopes that the new venture will allow it to update current vehicle software – and introduce new features as they are developed. That might include a new travel guide service, for example, customized according to an owner’s driving patterns.

The partners stressed, however, that they will not own the data collected by Toyota Connected, and that drivers will have the ability to opt in or out at any time.

Hicks downplayed the idea that Toyota Connected would become a direct profit center by charging for various services. “We haven’t determined…yet” if there will be a pay model, he said. But there are other ways the venture should pay off, among other things by increasing owner satisfaction.

Another potential plus is that owners could find themselves so wedded to Toyota Connected services that they would be unwilling to switch to another carmaker – much the same way iPhone and Android smartphone loyalists are reluctant to swap from one operating system to another. 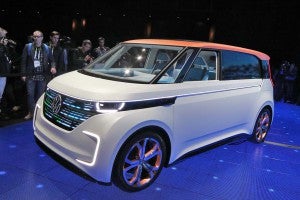 The project pairs the world’s largest automaker with the largest provider of computer operating systems. Microsoft will hold a 5% stake in Toyota Connected, but the venture won’t demand exclusivity. Microsoft, for example, has formed ties with a number of other automakers, including BMW, who plan to use its Azure cloud-based system to support their own high-tech programs.

Virtually all of the world’s major and minor automakers have been pushing to develop more in-car tech features. General Motors has been expanding its OnStar subsidiary, and Ford recently announced the creation of its Ford Mobility Services unit which, among other things, will develop in-car technologies.

Volkswagen, meanwhile, showed off a high-tech minivan concept, dubbed BUDD-e, at the Consumer Electronics Show earlier this year. It would allow a motorist to control a variety of home systems through the Internet of Things, turning on lights, for example, or adjusting the thermostat. It would also receive alerts, perhaps a note from the refrigerator advising the driver to stop and pick up beer on the way home.

(Click Here for more on Ford’s and GM’s moves into mobility services.)