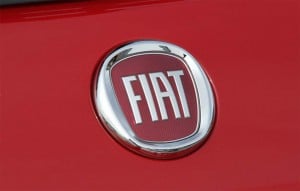 The report claims VW was found using software that rolled back emissions controls after 22 minutes.

Fiat may find itself embroiled in the growing scandal surrounding diesel emissions problems.

A report out of Germany suggests the emissions control system on the Italian automaker’s diesel engines may be programmed to allow significantly higher levels of pollution if run for longer than 22 minutes at a time.

Automakers are coming under increased scrutiny in the wake of the Volkswagen diesel cheating scandal – a crisis that has already cost the German maker at least $18.2 billion and subject it to hundreds of lawsuits and potential criminal charges. Mercedes-Benz parent Daimler AG has launched a probe into its own diesel emissions technology following a request from the U.S. Justice Department. And a number of German automakers have already recalled 630,000 diesels to revise emissions control software.

According to the newspaper Bild am Sonntag, tests by the Federal Motor Transport Authority – known in Germany as the KBA – found that the engine software in an unspecified Fiat diesel model unexpectedly adjusted its emissions controls system after 22 minutes, sharply increasing the level of pollution the vehicle produced. 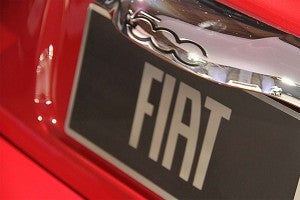 The report did not specify which Fiat model was found to be using questionable emissions tactics.

(For the latest on the VW emissions scandal, Click Here.)

European rules allow manufacturers to reduce emissions controls at times in order to avoid causing damage to an engine and its exhaust system if the powertrain approached what is known as a “thermal window.”

It is not clear if the Fiat software operated illegally, but the time it was programmed to “throttle back” the software could be significant because the emissions tests run by European regulators normally last for about 20 minutes, according to the paper.

Diesels are, by nature, dirtier than gasoline engines, at least when it comes to the pollutants regulators traditionally have targeted, such as particulates and smog-causing oxides of nitrogen, or NOx. But they also are significantly more energy efficient and that translates into lower levels of greenhouse gas carbon dioxide.

Regulators have been increasing the level of pollution controls needed on diesels, especially in the U.S. Complying with those standards has been proving especially difficult and, in the case of VW, led the maker to use a so-called “defeat device.” The engine control software was programmed to recognize when a vehicle was undergoing testing and, if so, reduce emissions levels to comply with American standards. Otherwise, the engines would produce significantly more NOx.

Last week, VW told a federal judge in San Francisco it would be willing to repair or buy back at least 500,000 diesel vehicles sold in the U.S., while also providing compensations payments to owners. That could help settle more than 500 lawsuits, including one filed by the Justice Department. The cost of the plan is believed to be more than $7 billion.

VW also last week said it has already written off $18.2 billion for 2015 to cover costs related to the emissions scandal.

Separately, Daimler AG revealed it has launched an internal probe into its own compliance with diesel rules after receiving a request for data from the U.S. Justice Dept. Separately, Daimler has been socked with two class action lawsuits claiming it also used a defeat device on diesel vehicles sold through the Mercedes-Benz and Smart brands.

Mercedes, along with Porsche, Opel and Audi, have already recalled 630,000 diesel vehicles sold in Europe to update their engine control software.

Fiat officials have not responded to a request for comment on the Bild am Sonntag diesel test report.