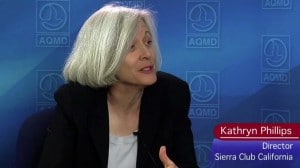 The Sierra Club, one of the nation’s most influential environmental groups, attacked Volkswagen AG’s proposed settlement with the U.S. Environmental Protection Agency and California Air Resources Board, saying the automaker is getting off too lightly.

“Volkswagen’s deceit is as dangerous as the smog left behind by its vehicles’ tailpipes, so the final settlement needs to fix or remove all of the polluting cars still on the road, make whole the consumers who trusted the vehicles were lower polluting, and compensate for the pollution the faulty cars created,” said Kathryn Phillips, California director of the Sierra Club in a statement.

“For this settlement, nothing short of public health, consumer rights and the environment are at stake and currently, it does not go far enough. Without strict penalties, and without fixing or removing the polluting vehicles, people will continue to breathe dirtier air, consumers will lose faith in watchdog agencies and manufacturers will believe they can endanger our health without feeling the full consequence.”

Art Wheaton, an analyst with Cornell University School of Industrial and Labor Relations, said VW needed the settlement to overcome the damage done to its reputation by the diesel scandal.

“Volkswagen could face a maximum of $46 billion in EPA emission fines for 580,000 vehicles. It is critical VW reaches a settlement and not pay full fines,” said. “The company still faces as many as 50 attorney general fraud cases for false advertisement, claiming their vehicles are a clean alternative to hybrids. They also face lawsuits from dealerships and customers. The EPA settlement is the biggest and most difficult settlement.”

“Hiring Ken Feinberg to handle lawsuits from customers with at least a billion dollars settlement fund is a smart move,” Wheaton added. “It’s time Volkswagen shift its focus to clean electric vehicles, without dirty tailpipes and emissions, to protect the air we breathe.”

VW agreed to a tentative plan with the federal authorities and California state officials to buy back or repair 500,000 diesel-powered cars.

The plan, which the federal judge overseeing the process also has agreed, includes “substantial compensation” for owners of the vehicles powered by the maker’s 2.0-liter clean diesel engines.

Consumers will be allowed to sell their vehicles back to Volkswagen or get repairs, said U.S. District Judge Charles Breyer. Financial details of the offer were not disclosed as they are still being finalized.

While approving the deal, Breyer issued a gag order and chastised those responsible for leaking details of the deal early, which included suggested payments of $5,000 in compensation totaling some $1 billion for some VW owners.

Breyer said that former FBI director Robert Mueller, who was appointed to pursue a settlement, had reached an agreement with all the major parties, according to USA Today.

“There is definite momentum to resolving these issues,” he said.

In addition to reimbursing vehicle owners, VW will also be required to invest funds to “promote green automotive” initiatives and establish an environmental remediation fund to offset the years of cars putting out nitrogen oxide emissions at harmful levels, the judge said.

The Federal Trade Commission is also expected to support the deal, according to one Justice Department official. The agency sued the German automaker for its “clean diesel” ad campaign, claiming it was highly deceptive.

Breyer set a June 21 deadline for filing preliminary proposals on the settlement. The public will have the opportunity to offer comment on the deal before he approves it. The agreement helps Volkswagen avoid a trial over the emissions violations and economic losses to consumers.

“Volkswagen is committed to earning back the trust of its customers, dealers, regulators and the American public,” the automaker said in a statement. “These agreements in principle are an important step on the road to making things right.