Porsche Planning Plenty of Hybrids – But No Autonomous Vehicles

“One wants to drive a Porsche by oneself,” says CEO Blume. 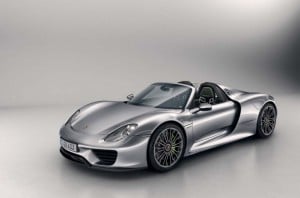 Look for Porsche to offer a hybrid version of all its future models, though it has no intention of adding any autonomous vehicles, said the maker’s new CEO.

The high-performance subsidiary of Volkswagen AG also plans to bring out an all-new battery-electric sports car, the Mission E, for which it expects to spend more than $1 billion in development and factory set-up costs. Porsche will follow an electrification strategy similar to that of other VW brands.

But Porsche’s interest in technology does not extend to self-driving cars, stressed CEO Oliver Blume, in an interview published today by the Westfalen-Blatt newspaper. “An iPhone belongs in your pocket, not on the road,” said Blume, adding that, “One wants to drive a Porsche by oneself.”

Battery power and autonomous vehicles are two of the hot trends in the global auto industry. And Porsche has already begun to electrify its line-up.

It offers a plug-in hybrid version of its four-door Panamera model, and is planning to add a similar driveline for its flagship 911 line in 2018. The plug-in version will be capable of driving more than 30 miles per charge, according to the maker.

Porsche's Zuffhausen plant in Germany will be the home of the new Mission E.

Porsche also turned to plug-in power for its fastest and most powerful model, the 918 Spyder. And it plans to bring the Mission E to market before the end of the decade. The latter model will deliver more than 600 horsepower yet still be able to travel over 300 miles on a charge, Porsche says.

Luxury makers, in general, have been putting an emphasis on electric propulsion, in part because of the challenges they face meeting future global emissions and mileage standards without compromising performance. The good news is that electric motors deliver strong off-the-line torque, especially if there’s a big enough battery.

(Click Here for details about what Porsche workers did to secure a new vehicle contract.)

Sibling brand Audi is adding a wide range of hybrids, plug-ins and pure battery-electric vehicles, including an all-electric SUV it plans to bring to market in 2018. The two brands are expected to share know-how and at least some components.

“We are, on the one hand, part of a strong company,” noted Blume.

Eventually, the CEO said, there will be some form of hybrid available for all of Porsche’s models, from the little Cayman sports car to the big Cayenne SUV.

Blume, who took over Porsche last year after former CEO Matthias Mueller was promoted to head all of Volkswagen, is not as gung-ho about self-driving vehicles. Porsche has “no plans to lead the charge in this area. We’ll leave that to others,” he explained.

(Porsche on a Mission with new battery-electric super car. Click Here for the story.)

Parent Volkswagen AG is racing to develop self-driving vehicle technologies, as are most of its major competitors. Little Tesla recently launched its semi-autonomous AutoPilot system, and Nissan says it expects to have its first fully autonomous technology in production by 2020.