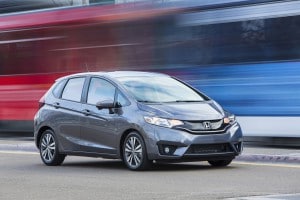 The Honda Fit comes with plenty of safety features and versatility making it a 2016 Best Car for the Money category winner.

Buying a new car or truck is a big investment … an investment of the worst kind since typically you lose thousands of dollars once you drive it off the lot. So it’s important that if you’re going to drop big cash like that, getting your money’s worth is vital.

If that’s a factory in your buying process, then, according to a recent survey by U.S. News & World Report, you need to start with a Honda. The magazine released its 2016 U.S. News Best Cars for the Money awards covering 23 automotive categories. Each award highlights a single vehicle in each class that provides consumers with the best combination of quality and value.

The Honda brand captured six awards – the most awards won by a single brand in the last five years – include Best Compact Car, Subcompact Car and Minivan for the Money.

“Honda continues to impress reviewers with the quality and design of nearly all of their products,” said Jamie Page Deaton, managing editor of U.S. News Best Cars. “No matter what kind of car someone is looking for, a Honda is almost always a good choice.” 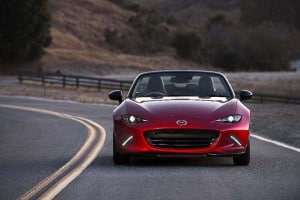 The new Mazda Miata capture the Best Cars for the Money award for the best sports car.

“Honda is committed to building vehicles that bring joy to our customers and ultimately deliver long-term value,” said Jeff Conrad, senior vice president and general manager of the Honda Division in a statement. “Quality and value for money are key attributes customers expect when buying a Honda, and these awards recognize the brand’s ongoing fulfillment of that promise.”

The rest of the winners included:

(Click Here for details about the 9% surge in U.S. highway fatalities.)

“Since its launch in 2015, the NX has helped broaden the appeal of the Lexus brand,” said Jeff Bracken, group vice president and general manager, Lexus.

“It was important the NX go beyond utility with striking design and exciting performance. Beyond awards, the customer reaction to this vehicle is helping cement its reputation while enhancing the brand’s desirability for the next generation of luxury consumers.”