But no formal investigation, government says. 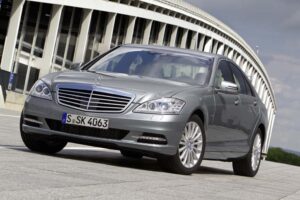 Barely a week after a Seattle law firm filed a class action lawsuit against luxury carmaker Daimler AG, the U.S. Environmental Protection Agency confirmed Monday that it is looking into claims the automaker’s diesel vehicles were illegally rigged to pass American emissions standards.

The agency says it wants data but cautions that it has not yet opened a formal investigation. Parent of Mercedes-Benz denies allegations and says it is fully cooperating with the government.

The allegations made by law firm Hagens Berman echo claims against Volkswagen, another German maker that has acknowledged using a so-called “defeat device” to rig 11 million vehicles sold in the U.S. using a 2.0-liter turbodiesel, including 482,000 sold in the U.S.

“Mercedes labeled its BlueTEC vehicles as ‘earth friendly,’ selling consumers the false notion that these diesel cars were less harmful to the environment, but Mercedes never divulged to consumers that BlueTEC diesels pollute at illegal levels when driven at lower temperatures and that its ‘champion of the environment’ mantra was a sham,” said Steve Berman, the firm’s managing partner, after filing the lawsuit in U.S. District Court in Northern Illinois on February 18.

In cold weather conditions, under 50 degrees Fahrenheit, the suit argues, those diesels produce up to 65 times more NOx than is permitted by the EPA, despite Mercedes marketing the engines as “the world’s cleanest and most advanced diesel.” On average, the complaint states, NOx emissions are 19 times higher than the U.S. standard. 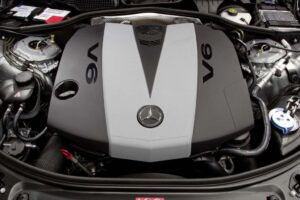 One of the Mercedes BlueTEC engines.

In the situation involving Volkswagen, independent studies led the EPA to test and confirm that VW was cheating on emissions tests. Since the maker acknowledged that subterfuge last September, more than 500 lawsuits have been filed by consumers, dealers, investors and, last month, by the U.S. Justice Department.

With Mercedes, however, the government has not even begun tests, never mind confirmed any cheating. The Hagens Berman lawsuit is based on tests done for the Dutch government indicating that, in real-world conditions, Mercedes’ BlueTec diesel vehicles produced “dangerous levels” of smog-causing oxides of nitrogen.

While Mercedes has dismissed the charges, it acknowledged that its BlueTEC engines use a system that is designed to prevent the build-up of condensation in the exhaust. That could damage the engine and reduce the effectiveness of the after-treatment system. The maker contends that is legal under U.S. regulations.

“We know about the lawsuit. We have contacted Mercedes and requested the test results for the U.S. diesel engines,” the German newspaper, Handelsbatt, quoted Christopher Grundler, director of the EPA’s Office of Transportation and Air Quality, in its Monday edition.

(Click Here for a first look at the 261 mph Bugatti Chiron.)