Car Theft on the Rise in the US 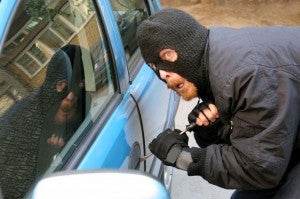 After years of steady decline, car theft rose slightly, 1%, in the first half of 2015, according to the FBI.

Gas prices may be dropping, but the rate of car theft is not, according to new statistics from the FBI, stolen car rates are up 1% through the first half of 2015.

While a small increase may not seem like much, car theft is the only property crime that rose during that period and it had been trending downward in recent years.

The silver lining is that the statistics only account for the first six months of last year so there is a reasonable chance that they could shift to the other side of the ledger.

Overall property crime statistics, including auto theft, have been on the decline for at least a decade, but car theft fell at a lower rate than other property-related offenses.

(Another 50 million vehicles may be recalled due to Takata airbags. For more, Click Here.)

However, if you’re wondering if you are at risk for having your vehicle stolen that just depends on two things: where you live and what kind of vehicle you own?

Residents of our nation’s capital are at the highest risk for car theft, averaging 574.1 thefts for every 100,000 residents. The state of Washington, California, Nevada and New Mexico round out the top five.

(Click Here for details about Aston Martin turning to its Chinese partner to develop Rapide EV.)

However, if you live in Vermont, you have much less to worry about with a rate of 38.9 thefts. Maine, New Hampshire, New York and Virginia round out the top five states where you are least likely to have your car stolen.

The other factor is what you drive and if you own a Honda Accord or Civic, you’re at the top of the list of stolen vehicles with 51,290 and 43,936 respectively nabbed in 2014 – the most recent statistics available.