Domenicalli comes in as Winkelmann moves to Audi. 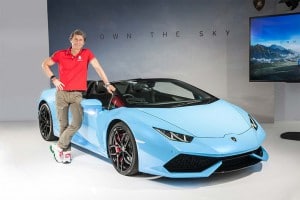 There are some big changes coming at Automobili Lamborghini, both on the product and the personnel side.

The Italian supercar maker, a unit of Germany’s Volkswagen AG, will be getting a new CEO, to start with, former Ferrari Formula One team boss Stefano Domenicali taking the place, next month, of long-time Lambo Chief Executive Stephan Winkelmann.

But a series of changes Winkelmann has set in motion will continue to move forward, notably including the planned 2018 launch of a new model series, the Urus sport-utility vehicle. That project is expected to double the Italian brand’s total volume in the years ahead.

And it will nearly double the physical size of Lamborghini’s business and manufacturing complex in the Modena suburb of Sant’Agata Bolognese, with another 500 jobs to be added for the launch of Urus production. The new model will be the second SUV for Lamborghini which, its early days, produced a limited-edition model dubbed the LM-002.

Even with its existing, two-model range, Lamborghini’s sales have doubled since Winkelmann first came on board in January 2005. They hit 3,245 last year, and are expected to grow again in 2016. 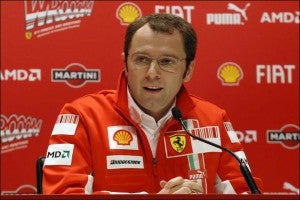 That’s a big turnaround from 2009, when sales “collapsed dramatically” amidst the auto industry’s worst downturn in decades. “For a company our size, that was not easy to digest,” Winkelmann said during an interview with TheDetroitBureau.com.

Since the market began to rebound, Lamborghini sales have been rising at double-digit levels. Revenues, meanwhile, have tripled over the last 11 years, to about 870 million Euros in 2015, or $959 million.

It’s needed that cash, Winkelmann said during a recent interview, noting that the brand is reinvesting 30% of its gross revenues on “product and structure,” with “more than 20% going directly into vehicle development.

The Urus is the primary beneficiary, but Lambo is working up a number of variants off its current two platforms, the big Aventador and smaller Huracan. In just the last few months, the Italian maker has rolled out both a convertible version of the base model, dubbed the Huracan LP610-4 Spyder, as well as a rear-drive version, the LP580-2.

A limited-edition Aventador, likely to be called the Centenario, is expected to debut at the Geneva Motor Show next month to mark the 100th birthday of company founder Ferrucio Lamborghini.

Meanwhile, Lambo has launched a new unit called Storico for restoring classic vehicles, such as the early Miura. “We have a long queue of customers waiting to get their cars restored,” Winkelmann said during an appearance at the Miami debut of the Huracan Spyder. 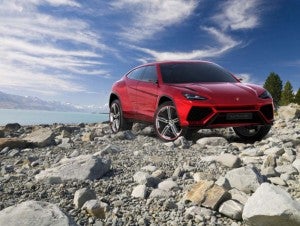 A key challenge for Domenicali, Winkelmann’s successor, will be to find ways to stabilize sales so they don’t tumble quite as sharply in a bad year. That won’t be easy, the outgoing CEO acknowledged, noting that among the high-line automotive brands, “We are the most affected by crisis because we are the most emotional car (purchase). You don’t need to buy a Lamborghini.”

Urus, he believes, will be key to that transition. While it will still feature the edgy styling Lamborghini is known for and plenty of power under the hood – “we have to be the fastest,” asserts Winkelmann — the SUV will aim to be the most practical model in the brand’s line-up.

Going forward, Domenicali will have to weigh another key decision left open by Winkelmann’s planned March 15th departure. Key competitors such as Ferrari, Porsche, McLaren and others have begun experimenting with electrification, whether in hybrid form or as a full battery-electric vehicle. Porsche plans to launch its Mission E all-electric sports car before the end of the decade.

Lamborghini will likely have to follow, Winkelmann said during a recent interview, though he cautioned the transition “has to come at the right moment.” It will now be Domenicali who will have to determine precisely when that moment will come.

Following his move from Lamborghini, Winkelmann will become the head of Audi’s performance unit, Quattro GmbH. Audi owns Lambo and the two brands have worked closely together on a number of products, including the Audi R8 and Lamborghini’s Huracan.

(Click Here for a first look at the new Maserati Levante SUV.)