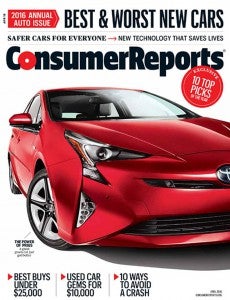 The cover of the annual CR auto issue.

Who says you need to spend big money to get a luxury ride? Subaru and Mazda are delivering new luxury features at a mainstream price, notes the latest update of the annual Consumer Reports automotive report card.

Audi and Subaru topped the 2016 list of automotive brands, with all of their vehicles on the CR Recommended Buy list. But while Mazda ranked only sixth overall, the influential consumer magazine nonetheless is giving a Recommended Buy endorsement to all of its products, as well.

Separately, Consumer Reports calls the Kia Sorento and Lexus RX the best SUVs its tested this year. The Toyota Camry took top honors among midsize sedans, with other winning models including the Mazda Miata sports car, full-size Chevrolet Impala sedan, and Honda Fit subcompact. Ford took top honors in the pickup truck category, with the redesigned F-150, for the first time in 17 years. 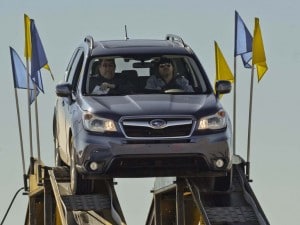 In all, the magazine compared and contrasted 30 different brands for its annual Report Card, along with dozens of individual models. CR reviewers tabulated scores on each product and then averaged things out across each brand. Measurements such as handling and road noise were handled at the publication’s 327-acre test center in Connecticut.

Audi was the highest-ranked brand, followed by Subaru, Lexus, Porsche and BMW. Mazda nabbed sixth, followed by Buick, the only domestic brand to make the top 10.

“Other domestic brands didn’t fare as well as Buick. Ford, Lincoln, and Chevrolet finished mid-pack and were largely bogged down by their inconsistent reliability scores,” CR said. All Fiat Chrysler brands landed in the bottom third, Fiat itself ranked dead last.

“It’s not enough to make cars that drive and handle well. Consumers are best served when those vehicles are also highly reliable and safe,” said Jake Fisher, Consumer Reports director of automotive testing.

Toyota itself landed in eighth, followed by Kia and Honda. Among manufacturers, only Toyota – along with its Lexus brand – had three top-ranked models. The Camry regained its top position among midsize sedans for the first time in four years, nudging aside perennial leader the Honda Accord.

(Is this the end of the car key? Click Here to see what’s taking its place.) 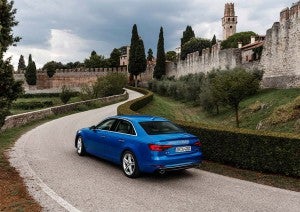 CR is recommending all of Audi's products this year.

Subaru’s strong performance translated into solid numbers for two individual models, noted CR, which named the Japanese maker’s Forester a Top Pick in the Small SUV category, while the Impreza earned a similar endorsement in the Compact Car category.

There were no all-new models among the CR Top Picks for 2016, though several of them, including the Ford F-150, went through major changeovers for the new model-year.

Because of limited testing, CR didn’t include a number of smaller brands this year, such as Alfa Romeo, Jaguar, Maserati and Tesla.

The electric vehicle maker scored high in road testing last year, actually earning a better score than any vehicle CR had previously tested. But the magazine later reported that because of Tesla’s reliability issues it decided to pull the carmaker’s Recommended Buy endorsement.