Maker may hire former FBI director to help with investigation. 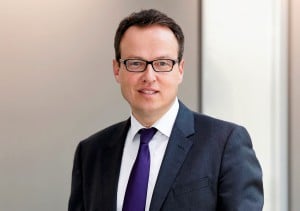 Volkswagen has reached outside its ranks and tapped an executive with a resume that includes jobs with supplier companies and at rival BMW to serve as head of the automaker’s North American Region, where the company is struggling to regain its footing in the wake of the emission cheating scandal.

However, Michael Horn will remain in the role as president and CEO of Volkswagen Group of America where most of the damage has been concentrated. The announcement comes as the automaker also announced plans to hire former FBI Director Louis Freeh to assist the company with the investigation into its emissions scandal.

Woebcken’s appointment is effective April 1, which suggests other executives back in Germany will be expected to handle sensitive discussions with the California Air Resources Board and the Environmental Protection Agency.

Moody’s, the credit rating agency, noted last week VW is still facing large fines and the need to pay for a sweeping recall of the diesel-powered vehicles it has sold in the U.S. since 2007.

Nevertheless, Woebcken’s appointment also suggest that confidence in the ability of VW’s own executives to resolve the problems, which now include a revolt by stockholders, is lacking on the company’s board of supervisors, which has the responsibility for making executive appointments.

It also explains the possible hiring of Freeh. However, Reuters is reporting that VW’s powerful labor union, which controls about half the seats on the carmaker’s supervisory board, does not support a possible appointment of Freeh.

“We have (a new compliance chief) Christine Hohmann-Dennhardt to handle this ambitious task,” a labor official told Reuters. “We see no further need” for special hirings, he said.

The issue may add to tensions between VW’s top management and the carmaker’s labor leaders at a time when both sides are struggling to find ways to contain the multi-billion-euro costs of the scandal.

“The company plans to hire further external specialists to deal with certain issues in the U.S.,” VW said, adding that a decision will be taken in coming weeks.

For the past two years, Woebcken was a Member of the Executive Board and CEO Commercial Vehicle Systems Division at Knorr Bremse AG.

“The USA is and will remain a key core market for the Volkswagen brand. That is why the North American Region must be steered in the interest of our customers and dealers there,” said Herbert Diess, Volkswagen Brand CEO.

“With his international experience Mr. Woebcken will make an important contribution to the brand’s positive development in the region.”

The 55-year-old Woebcken is an industrial engineer with extensive international experience in procurement, production and sales, VW noted.

He began his professional career in 1985 as a production engineer and assembly section manager in the Injection Moulding Machinery Division of Krauss-Maffei AG, later becoming Head of Division, Standard Machinery, and Global Head of Sales and Marketing.

(To see more about who is joining Millennials in not getting their drivers licenses, Click Here.)