GM wants to build the best cars, not sell the most cars, CEO Barra said at a recent conference.

She stepped into the limelight – and a trial by fire. Now, General Motors CEO Mary Barra is being rewarded with an additional title, chairman of the world’s third-largest automaker.

Tim Solso, who had been serving in that role for the last two years, will step back from the chairman’s post but remain GM’s lead independent director, the job he had prior to the retirement of former Chairman and CEO Dan Akerson.

“At a time of unprecedented change, the Board concluded it is in the best interests of the company to combine the roles of Chair and CEO in order to drive the most efficient execution of our plan and vision of the future,” said a statement attributed to Solso.

Indeed, the top executive at General Motors long has held both titles with only an occasional exception. Barra was the exception when she was promoted from global product development chief to CEO on January 15, 2014 following Akerson sudden and unexpected retirement.

Some questioned that strategy, wondering whether GM’s board felt reluctant turning ultimate authority over to a woman. Others praised the move, suggesting it allowed Barra to dig in as chief executive and leave some of the more humdrum duties that might have distracted her at a time when GM was still digging out from its 2009 bankruptcy. 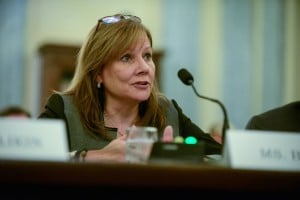 In some ways, it may have proved a more prescient decision than expected. Within barely a month, Barra was handed one of the biggest scandals to face the Detroit maker in decades. In February 2014, GM announced a series of recalls ultimately covering 2.4 million vehicles equipped with a faulty ignition switch.

The maker acknowledged it had delayed the problem for a decade and confirmed it knew of more than a dozen deaths caused by the defect. Barra quickly followed by ordering a shake-up in GM’s oft-criticized safety system, installing a “czar” capable of ordering recalls without going through the maker’s labyrinthine bureaucracy.

Barra also authorized a special victims’ compensation fund, tapping Ken Feinberg, a compensation expert who had overseen funds set up after 9/11 and the BP Gulf oil spill. Eventually, GM acknowledged more than 120 deaths linked to the ignition switch problem, paying out over $500 million in claims.

Barra took other strong steps, firing a number of managers associated with the problem. Observers hailed that move, a shift in direction for a company that traditionally kept white-collar employees around until they retired no matter what their failings.

The CEO also showed her stuff by forcefully rejecting an aggressive “hug” from Fiat Chrysler CEO Sergio Marchionne. The rival executive had been calling for a merger of the two companies in a bid to lead an industry consolidation. 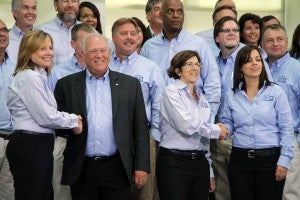 Barra has taken steps to make other critical changes as the world’s third-large automaker has tried to position itself for the future in a fast-changing global auto industry. Just hours before her new title was announced, GM announced a $500 million investment in ride-sharing service Lyft. She has taken steps to become a leader in the emerging field of autonomous vehicles, and stepped up Akerson’s push into battery power.

At the Consumer Electronics Show in Las Vegas, Barra will serve as a keynote speaker on Wednesday, with plans to unveil the new Chevrolet Volt, a long-range battery-electric vehicle priced for the mainstream market at an estimated $35,000.

Barra hasn’t won everyone over. Some observers question whether she has gone far enough in reshaping a GM bureaucracy that can be a tremendous obstacle to change.

Investors have been skeptical about the company’s direction. Despite strong earnings, improved quality and reliability, and rave reviews for some new products, GM’s stock price hasn’t moved much since its November 2011 IPO, ending 2015 down 14% since Barra took over as CEO.

But the GM Board clearly is betting on the one-time “shop rat,” who joined the maker while a student through a co-op training program. For her part, Barra has promised to reshape the maker for a future that she says will “change more in the next five to 10 years than it has in the last 50.”

One key change was making Barra the first female CEO of a major automaker. She is now the industry’s first female chairman. That alone will get her a place in the history books. But she has a lot more to do to ensure a broader legacy.