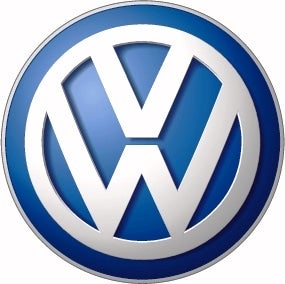 VW and the DoJ want the cases heard in Detroit.

With more than 350 lawsuits already filed against Volkswagen by consumers, investors and dealers alike, a U.S. judicial panel will have to decide this week if, how and where to consolidate them into a single case.

Lawsuits stemming out of Volkswagen’s diesel emissions scandal have so far been filed in 40 states. Hearing them individually could clog up the courts for years, which is why a U.S. Multi-District Litigation panel will meet in New Orleans on Thursday to determine how to proceed.

In an unusual situation, both Volkswagen and the U.S. Justice Department would like to see the cases taken on by the federal district court in Detroit. But there’s also strong pressure from many of the lawyers suing VW to have a consolidated suit heard in California.

The cases stem from the September revelation by the Environmental Protection Agency that Volkswagen installed a so-called “defeat device” in 482,000 vehicles sold in the U.S. using its 2.0-liter turbodiesel engine. The rogue software was designed to detect when the cars were undergoing emissions test and then activate all of the engine’s emissions controls. In real-world use, however, the diesels would produce up to 40 times the allowable level of smog-causing pollutants.

Since then, Volkswagen has acknowledged it also cheated on the emissions of vehicles using its larger, 3.0-liter turbodiesel, an engine shared with the maker’s upscale Audi and Porsche brands. 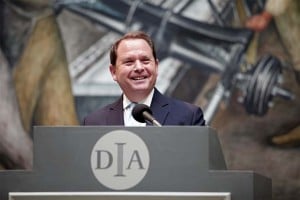 VW has so far set aside $7.3 billion to cover the cost of the scandal, which involves more than 11 million vehicles sold worldwide – a figure many analysts believe is too low. Initial indications suggest the actual cost of fixing the problem engines will be relatively modest. It’s the legal costs that could become astronomical.

Under the U.S. Clean Air Act, VW could be hit with as much as $18 billion in fines linked to its cheating with just the 2.0-liter diesel. And the Justice Dept. is widely expected to levy a major fine against the automaker, as well. The big uncertainty, however, is what the courts will decide.

Lawsuits have been filed from Washington State to Florida and seek recompense for a variety of different claims. VW diesel owners have, among other things, claimed the value of their vehicles has tumbled as a result of the scandal.

A county government in Texas has filed suit claiming the added pollution caused by the rigged diesels will hurt the health of its residents.

A new suit filed In Washington State seeks damages for VW dealers who have lost business as a result of the revelations. Diesel-powered vehicles have accounted for a quarter of the maker’s U.S. sales in recent years.

Shareholders, meanwhile, say the scandal has significantly reduced the value of their investments. The Arkansas State Highway Employees Retirement System, for one, claims it has lost $1.7 million as a result of the crisis, the Reuters news service reported. Though the maker’s stock has rebounded since dipping below $100 a share early last month, it is still down about 20% from the $169.65 it closed at on September 16th, the day before the first EPA announcement.

The actual cost of repairing vehicles like this 2014 VW Golf TDI could be relatively minor.

VW attorney Robert Giuffra filed a brief on November 24, Reuter reported, asking that the consolidated cases by turned over to Chief U.S. District Judge Gerald E. Rosen, in Detroit. He is the same judge who oversaw the bankruptcy of the Motor City.

The Justice Dept. also is seeking to have the case handled in Detroit because, among other things, the EPA’s testing labs are located nearby.

But the complexity of the various claims could make it difficult, and VW’s filing said that if this is “too burdensome,” it would like to see the securities case turned over to U.S. District Judge Liam O’Grady, in Alexandria, Virginia.

It is possible, of course, that the judicial panel will choose alternate venues – many lawyers are pressing for California – and the judges could find alternate ways to consolidate the numerous claims when they make their decision on December 3rd.