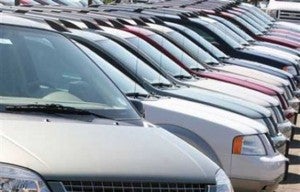 Car buyers are using the captive finance arms of automakers more than half the time for their vehicle financing.

The soon-to-be-record-setting automotive sales year is not only benefitting the bottom line for automakers, but also their captive finance arms that are now handling more than half of all new vehicle sales.

The automaker’s finance companies bankrolled 51.6% of new vehicle loans in the third quarter of 2015, up from 36.8% in Q3 2011. This represents the largest marketshare of new vehicle financing for captives since the recession of 2008, according to Experian Automotive’s State of Automotive Finance report.

“Captive lending has made a comeback since suffering a steep drop-off caused by declining new sales and lender-type shifts during the recession,” said Melinda Zabritski, Experian’s senior director of automotive finance.

“This is good news for manufacturers, as their captive finance companies often provide an additional source of revenue as well as a strong pipeline to credit for their dealer networks.”

That news is getting better on a couple of fronts: 86.6% of all vehicles are now financed, an all-time high, and leasing has hit new highs, as well, which means those captive finance companies are going to continue to be busy.

Leasing accounted for nearly 27% of all new vehicle transactions, up from 24.7% for the same period in the previous year: the highest percentage since Experian began tracking the data publicly in 2006. While more folks are leasing, they’re lease payments have risen only marginally – $1 per month – to $398 during the quarter compared with year-ago figures.

Other findings from the report include:

“As the price for a new or used vehicle continues to rise, leasing has become a more viable financing option for consumers looking to maintain an affordable monthly payment,” Zabritski said. “While consumers can save an average of $84 per month by leasing rather than taking out a loan on a new vehicle, they should make sure leasing fits their lifestyle. Oftentimes there are mileage caps and other considerations that consumers should familiarize themselves with before entering into a leasing agreement.”

It’s clear that consumers are looking for ways to get more car, truck and SUV for a lower monthly payment. While leasing is one way to do that, the other is to extend the term of the loan and the average length of a new car loan is also on the rise.

During the third quarter of 2015, the percentage of consumers who took out new and used vehicle loans with terms between 61 and 72 months reached all-time highs. For new vehicles, approximately 44% took out 61- to 72-month loans, and more than 41% financed a used vehicle for the same duration. The percentage of consumers extending their loans even longer also has increased. Loans for new vehicles extending 73 to 84 months increased 17.1% over the previous year, reaching a Q3 record high of 27.5%.

Those record-setting loans are occurring, in part, because prices for new and used vehicles are on the rise. Last quarter, the average amount financed for a new vehicle was $28,936, up $1,137 from the previous year.

The average amount financed for a used vehicle was $18,866, up $290 over the same time period. Furthermore, the gap between new and used loan amounts also has grown. On average, consumers finance $10,070 less on a used vehicle than on a new one.

(To see more about how Ford paid for the $8,500 employee signing bonuses in the new UAW pact, Click Here.)

Extending loan terms is another method consumers turned to in order to keep monthly payments low. Used vehicle loans extending in the 73- to 84-month term, however, reached an all-time high of 16.2%: a 12% increase over the previous year.