But Congress agrees to spend money it doesn't have. 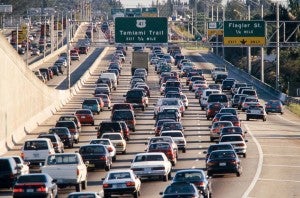 After years of delays papered over with stop-gap measures, Capitol Hill lawmakers have finally approved a 5-year, $305 billion federal transportation bill that puts an emphasis on eliminating some of the country’s worst highway bottlenecks.

But while one senior lawmaker hailed the bipartisan compromise as a “historic” agreement in a town largely overwhelmed by party politics a year ahead of a presidential election, the new law leaves much to be resolved. Among other things, critics warn it doesn’t provide enough funding to deal with infrastructure issues – nor does it provide a long-term source of funding.

“It is a starting point, not the end,” declared Oregon Rep. Peter DeFazio, the senior Democrat on the House Transportation and Infrastructure Committee, who nonetheless called the bill “historic.”

At a time when some lawmakers are still threatening to shut down the federal government over issues like Planned Parenthood funding, the new transportation bill won approval in the House of Representatives by a 359 to 65 margin. That was followed by an even more lopsided 83 to 16 vote in the Senate, sending the measure to President Obama for his signature.

Much of the new money set out in the 1,300-page bill will, as expected, go for highway projects, both to repair a national bridge and road infrastructure some see as in danger of collapse. A key goal is to eliminate highway bottlenecks such as the one in Chicago, at the intersection of Interstates 90, 94 and 290, that routinely experiences backups as long as 12 miles during rush hours. 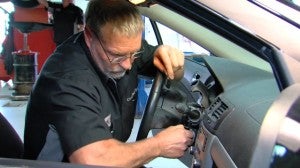 In the wake of scandals like the GM ignition switch issue, NHTSA will get more money.

With the Department of Transportation forecasting freight traffic on U.S. highways will increase 45% over the next 30 years, the bill will help smooth the flow of trucks and cars alike, especially in key corridors along the coasts and in Midwest cities like Chicago and Detroit.

Funding to the tune of $200 million also was approved for positive train control technology, something that Amtrak has said it desperately needs in order to prevent accidents such as the deadly crash that occurred outside Philadelphia earlier this year.

Amtrak and other rail projects will get $10 billion over the life of the five-year measure, with another $12 billion for mass transit programs.

And the National Highway Traffic Safety Administration will get a little help from $1 billion approved for vehicle safety programs, though that does not meet all the goals NHTSA had set. The agency has come under fire in the wake of a series of recent safety scandals, such as the General Motors ignition switch debacle blamed for over 100 deaths.

The new transportation bill covers a wide gamut of projects, some observers see as included to curry favor with political and industrial constituents, as well as to garner the support of organized labor. One provision provides funding to help ensure the safety of city bus drivers who have been the target of numerous assaults by thieves and unruly passengers in recent years. Dairy farmers, meanwhile, won the right to exceed highway weight limits, in some cases, for trucks hauling milk to market.

Safety advocates lost one key battle: lawmakers sided with the trucking industry and a government-funded website will no longer carry scores for trucking companies. But after years of debate, safety proponents finally will see rental car companies forced to pull vehicles affected by recalls from their fleets until they’re repaired.

(50 years later, are cars still “Unsafe at Any Speed”? Click Here for more.)

While Bill Shuster, chairman of the House Transportation and Infrastructure Committee, said passage of the transportation bill “proves to the American people that we can get big things done,” the compromise measure leaves some big gaps when it comes to funding.

Lawmakers steered clear of what is often called a “third-rail” issue in Washington, any discussion of raising the gasoline tax that has remained flat, at 18.4 cents a gallon, since 1993. There had been calls for an increase at a time when fuel costs are lower than they have been in years, and some proponents had hoped to see lawmakers switch to a sales tax approach, basing the fee on a percentage of pump pricing.

With as much as a quarter or more of the funding for the transportation bill uncertain, lawmakers resorted to what the Associated Press dubbed “about $70 billion in mostly budget gimmicks,” among other things, shifting $53 billion from the Federal Reserve’s capital account to the general treasury.

Another move would see a sell-off of millions of gallons of oil from the Strategic Petroleum Reserve – though not until 2023, long after the new bill expires.

So, lawmakers may have found a way to compromise, but only on spending money that, in many cases, they don’t actually have.

(Nearly 20 million autonomous vehicles expected to be on the road by 2020. Click Here for the story.)