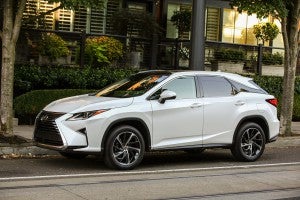 Upgrades to the new Lexus RX 350 aims to separate the utility vehicle from the luxury pack.

Imitation is supposed to be the sincerest form of flattery and few vehicles have been imitated more often than the Lexus RX 350, the car-based utility vehicle that is at the heart of Japanese luxury brand’s model line.

This week, Toyota begins distributing to dealers the new 2016 RX 350, which has been overhauled to stay ahead of the competition that has crowed into a segment that Lexus has pioneered since 1998.

The RX 350 accounts for about 30% of Lexus total sales or about 100,000 units annually, according to Yuval Steiman, Lexus’ national marketing manager.

The objective with the new RX was to make sure that Lexus remains ahead of competitors such as BMW and Mercedes-Benz. Despite the aggressive sales push by the two German brands, the RX is still the biggest seller in the segment by a healthy margin.

So far this year, Mercedes-Benz sales of the ML and new GLE total fewer than 40,000 units and as do the sales of BMW X5. Steiman noted there are now a total of 16 different competitors in the high-end midsized crossover segment, but Lexus still holds a healthy 15% share of the segment. 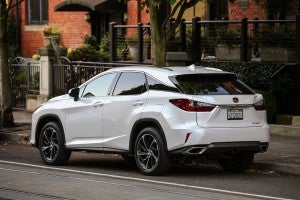 The new RX 350 is en route to dealership showrooms in time for the end of the year sales push.

The introduction of the 2016 RX 350 and 450h hybrid, which could account for as much as 12% of the RX sales, according to Lexus spokesman Moe Durand, comes as the segment is in a growth mode and a new exterior can help differentiate it from the pack.

The new version of RX comes with a new exterior that features sharp creases and curves as well as a new front fascia with a spindle grille and LED headlights.

The gasoline powertrain includes a new eight-speed transmission as well as new sophisticated safety features, driver aids and convenience and technology features with a price tag starting at $42,000.

Like the exterior, the interior of the new RX has been revised to include a balance of functionality and opulence.

(To see more about how China could put a crimp in future BMW earnings, Click Here.)

Steiman said the Lexus will hold off on the advertising for the RX until January since Lexus will continue with its now familiar “December to Remember” ad campaign.