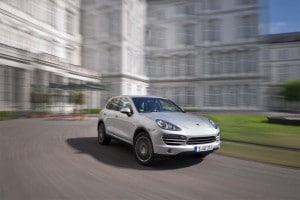 (The story has been updated to include a response to the EPA charges by Volkswagen.)

Volkswagen’s emissions cheating scandal was far broader than originally believed, according to allegations by the U.S. Environmental Protection Agency.

The EPA is now accusing the German maker of using a so-called “defeat devices,” software designed to fool government emissions tests, on a variety of luxury models from the Audi and Porsche brands. The announcement comes six weeks after the feds charged VW took steps to cover up excess emissions on 482,000 vehicles sold in the U.S. over a seven-year period.

“We have clear evidence of these additional violations,” said Cynthia Giles, assistant administrator for EPA’s Office of Enforcement and Compliance Assurance. “We thought it was important to put Volkswagen on notice and to inform the public,” she said during a conference call with reporters.

But the maker issued a statement on Monday stating that it “wishes to emphasize that no software has been installed in the 3-liter V-6 diesel power units to alter emissions characteristics in a forbidden manner.” The statement added that VW will “cooperate fully with the EPA to clarify this matter in its entirety.” 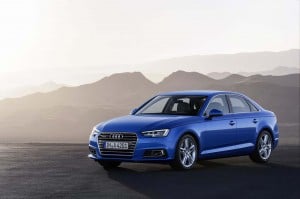 The EPA claims Audi also cheated on diesel tests of its fifth-generation A4 model.

Audi was implicated in the original diesel scam, but only one model, the compact A3, used the EA-189 engine.

It remains to be seen if the alleged cheating involves luxury models sold outside the U.S., but if so, the total number of vehicles affected could grow substantially.

The EPA wasn’t the only arm of the government to react to the latest news.

“The latest revelations raise the question, where does VW’s road of deceit end?” said a statement by House Energy and Commerce Committee Chairman Fred Upton of Michigan and senior Democrat Frank Pallone of New Jersey, as well as Tim Murphy of Pennsylvania, the oversight and investigations subcommittee chairman, and senior Democrat Diana DeGette of Colorado.

During hearings last month, Michael Horn, the CEO of the Volkswagen Group of America, told Congress he believed the cheating on emissions tests involving the smaller diesel engine was the result of a “couple of software engineers.” But the latest revelation, if proved to be true, would make that all the harder to believe.

Volkswagen already faces potential penalties of up to $18 billion for the cheating on the 2.0-liter diesel engine. The latest problem could boost that figure by $375 million.

But the German company, currently the world’s second best-selling automaker, also faces a criminal investigation by the U.S. Justice Department, as well as more than 300 class action lawsuits.

The Seattle-based practice said late Monday it “is expanding its investigation into Volkswagen with the announcement of additional affected VW, Audi and Porsche models allegedly containing emissions-cheating defeat devices.”

VW faces additional criminal and civil investigations around the world in connection with its smaller diesels. It’s not yet clear if the EPA’s latest charges will result in more actions abroad.

Further complicating the carmaker’s troubles, VW last week said it had agreed to allow a third-party audit of the crash data it has filed in recent years under the Early Warning Report, or EWR, required by the National Highway Traffic Safety Administration. A study of the reports, which cover deaths and injuries in VW products, found seemingly glaring inconsistencies.

While federal highway records show VW products experienced a death rate on a par with the industry average, its EWR reports indicated it had only a fraction of the fatalities and injuries.

NHTSA has heavily fined both Fiat Chrysler and Honda for submitting inaccurate EWR reports this year.