Americans Still Want to Park Their Own Cars

Despite the fact that their vehicle may be better at it. 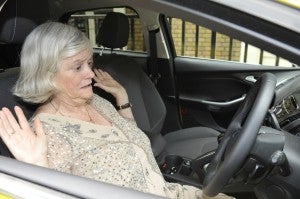 While the autonomous system may be a better parallel parker, Americans don't believe it.

While the future isn’t entirely now when it comes to autonomous vehicles, some aspects, such as self-parking, are; however, Americans seem to be unsure if they’re willing to give up control.

A new survey from AAA shows that when it comes to parallel parking, they feel like they’re better at than the best autonomous vehicles on the road. Eighty percent of those surveyed were confident in their ability to squeeze their vehicle between two cars and next to the curb. However, just one in four were willing to let the vehicle do it on its own.

“Autonomous features, such as active park assist, are rapidly being introduced into new vehicles, yet American drivers are hesitant to let go of the wheel,” said John Nielsen, AAA’s managing director of Automotive Engineering and Repair.

“While the vast majority of Americans say they would not trust self-parking technology, AAA found these features performed well in tests and warrants consideration of new car buyers.” 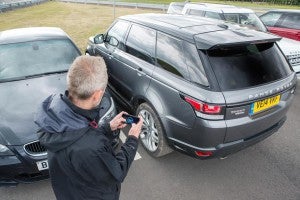 Can't get into your Land Rover to back it out of the parking spot? No problem! There's an app for that!

Yup. The car was better. How much better? Compared to drivers that manually parallel parked with the aid of a standard back-up camera, AAA found:

(Will you even recognize your car in the near future? To find out, Click Here.)

“While Americans report feeling confident in their parallel parking abilities, this technology proves there is room for improvement.”

That being said, the car wasn’t perfect either. In some instances, the system parked the vehicle too close to the curb, which could result in scrapes or scratches to the vehicle’s wheels. The organization recommends parking between six and eight inches from the curb and sometimes the automated system parked the car within half-an-inch.

Ironically, one of the vehicles that AAA used for its testing, a 2015 Mercedes ML400 4Matic, is made by the company Navigant Research named as the leading automaker in the autonomous arena: Daimler AG. The rest of the top 10 included: Audi, BMW and General Motors, Volvo, Ford, Toyota, Honda, Volkswagen and Nissan.

(Global survey finds few folks ready to walk away from their cars. Click Here for more.)

The results aren’t entirely surprising given that not only does its passenger car division already utilize many of the technologies needed for autonomous driving, it’s also testing autonomous big rig trucks in the state of Nevada as well as in Europe.

The other perceived leaders have also made a point of touting their efforts in the field, including GM, Nissan, Volvo and BMW all suggesting they’ll have some form of self-driving vehicle on the road within the next two years.

Navigant believes that a fully autonomous vehicle is still a decade away, but by 2020 the firm expects most automakers to offer some limited form of autonomous driving across their product range.

Truly driverless cars are expected by 2025, but this date will depend on legislative changes as well as steady improvements in technology.