A Silicon Valley “poaching war” turns up the heat. 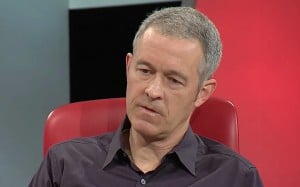 Apple's Jeff Williams has hinted at the possibility that the company may be looking at moving into the auto industry with more than its CarPlay system.

Apple has hired one of Tesla’s top autonomous driving engineers, according to a post on LinkedIn, the latest sign that the Silicon Valley firm best known for its smartphones and computers is getting ready to enter the auto industry.

Separately, the CEO of Daimler AG suggests he would be open to an alliance with both Apple and its high-tech rival Google, which has become a leader in the development of autonomous vehicle technology. The parent company of Mercedes-Benz also has had an ongoing relationship with Tesla.

“Many things are conceivable,” Daimler CEO Dieter Zetsche told the German magazine Deutsche Unternehmerboerse. “Google and Apple want to provide system software for cars and bring this entire ecosystem around Apple and Google into the vehicle. That can be interesting for both sides.”

While the consumer tech firm has so far declined to confirm it wants to enter the auto industry, Apple’s senior vice president of operations tossed more fuel on the fire at a May tech conference. “The car is the ultimate mobile device, isn’t it? We explore all kinds of categories,” said Jeff Williams. “We’ll certainly look at those and evaluate where we can make a huge difference.”

(For more on Apple exec’s hints about the possibility of a car project, Click Here.)

Meanwhile, there have been a number of hints emerging recently as to what Apple is up to.

The latest is news that it hired Tesla’s Jamie Carlson, a specialist in self-driving vehicles, who announced the move to Apple in a post on LinkedIn. A similar posting on LinkedIn recently revealed Apple had hired Doug Betts, former quality control chief at Chrysler.

At least six other engineers with experience in autonomous vehicle technology have confirmed joining Apple through their LinkedIn profiles. They include former Volkswagen engineer Megan McClain, Vinay Palakkode, a graduate researcher at Carnegie Mellon University, and Xianqiao Tong, a computer vision software specialist from Nvidia.

Apple and Tesla have been involved in what some have dubbed a “poaching war,” several dozen former Apple employees joining the battery-carmaker in recent years.

Tesla earlier this month completed a new stock offering that generated about $738 million in cash, money it plans to use in product development efforts. The company has openly acknowledged its own autonomous vehicle program and this month released a beta version of its Pilot software which would allow hands-free highway driving in the Model S sedan. Tesla CEO Elon Musk has said the company is working towards fully autonomous vehicle capabilities over the next few years.

It is widely believed that Apple’s goal is the development of a fully autonomous, battery-powered vehicle, something it has reportedly dubbed Project Titan. Adding fuel to the fire was the revelation that the tech firm has approached GoMentum Station, a 2,100-acre former Naval air base near San Francisco operated by Contra Costa Country.

In correspondence obtained by the newspaper The Guardian, Apple engineer Frank Fearon wrote that the company wanted “to get an understanding of timing and availability for the space, and how we would need to coordinate around other parties who would be using it.”

(For more on Apple’s search for an apparent vehicle test site, Click Here.)

That would suggest that Apple already is working on some sort of running prototype it could use in testing its autonomous technology. But it is far from clear if the firm would want to take the next big step, which would take it into automotive manufacturing.

Observers note that with more than $200 billion in cash, Apple has the deep pockets to support an automotive venture. Even the most modern and expansive assembly plant, for example, would likely run less than $2 billion to erect, though vehicle development could add several billion more. But whether that would pencil in as a potentially profitable venture is uncertain. And as Google has been hearing from its shareholders, Apple might find resistance to that sort of expenditure.

Google is in the process of rolling out around 100 bubble-shaped prototypes it will use to test its technology around its Silicon Valley headquarters. But the firm has said it does not intend to take on the job of manufacturing cars, instead suggesting it wants to find a partner to work with.

It has met with several conventional automakers in recent months, but no deals have apparently been reached.

Apple, meanwhile, has reportedly staged several of its own meetings. Officials at BMW have dropped hints they may consider a partnership with Apple. And now, Daimler AG may see an opportunity to work with the tech firm.

(Could BMW partner with Apple to build an autonomous car? For more, Click Here.)

But in his interview with the German magazine, CEO Zetsche said his comments were “purely theoretical.” And, he stressed, Daimler would not want to simply build cars for another company. “We don’t want to become contractors who have no direct content with customers any more and supply hardware to third parties,” Zetsche said.