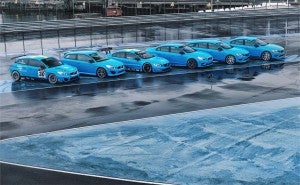 A line-up of Volvo Polestar models.

It may have a reputation for focusing on safety but Volvo has been putting an increasing emphasis on performance, as well, something further signaled by its move to acquire Polestar, a Swedish tuner that has, in recent years, turned out high-power versions of several Volvo models.

The move will create a sub-brand similar to Daimler’s Mercedes-AMG and BMW’s M, a statement from Volvo noting Polestar will be used as a model name for future high-performance models. These apparently will include versions of the so-called “Twin Engine” plug-hybrid technology first introduced on the new Volvo XC90.

“Driving a Volvo Polestar is a special experience. We have decided to bring this experience to more Volvo drivers, placing the full resources of Volvo behind the development of Polestar as the model name for our high performance cars,” said Håkan Samuelsson, president and chief executive of Volvo Cars.

Polestar Performance AB started out as a racing company, and it has served as Volvo’s motor sports partner since 1996. It turned out its first performance version of a Volvo in 2013, the goal, Volvo noted in a statement, to “combine a comfortable Volvo driving experience with a very high level of power and handling.” 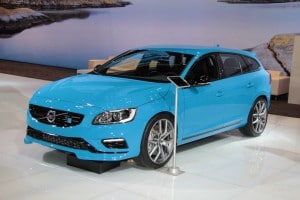 Volvo expects to sell only about 750 Polestar models - such as this V60 version -- worldwide this year.

The Polestar badge has been reserved for products that come in a level above the Volvo R-Design performance series.

Longer-term growth will likely depend, at least in part, on developing performance variants of the all-new powertrain family that Volvo is just beginning to roll out in models like the XC90. In a distinct turn away from the classic approach to luxury vehicles, the Chinese-owned Volvo is migrating to an all-four-cylinder line-up. That includes the sportiest member of its new powertrain family, the T8 Twin Engine.

While meant to deliver significantly better mileage than conventional 6- and 8-cylinder alternatives, the supercharged 2.0-liter plug-in hybrid also manages to turn out 316-horsepower in stock configuration. It remains to be seen how much Polestar’s engineering team will be able to boost that number. 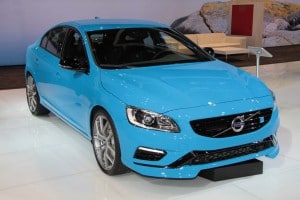 The only US Polestar model, the S60 goes beyond Volvo's older R-Design performance models.

The concept of a performance plug-in is far from the oxymoron many might believe. Cadillac, for example, has promised that the plug-in version of its upcoming CT6 flagship sedan will match the power and acceleration of the twin-turbo V-6 it will offer as the peak performance package. McLaren, Ferrari and Porsche have all gone to some form of hybrid or plug-in technology for their own flagship models.

Volvo and Polestar did not disclose specific financial details for the deal. Polestar Performance employees will now be put on Volvo’s staff.

But the Polestar racing team will retain its independence and continue to be owned by Christian Dahl.

“We are extremely satisfied with the way the performance business with Volvo has developed. But we are a racing team first and foremost. This is an opportunity to return our full attention to our core business – to develop and race Volvo cars,” said Dahl.

The Polestar team has had some recent successes, including a victory in the Swedish tuning car championship last weekend by Swedish Crown Prince Carl Philip.

The victory “is a dream come true,” he said as he climbed up the podium.