How Can the Best Car Brands Also Be the Worst?

Sorting through an array of confusing car quality studies. 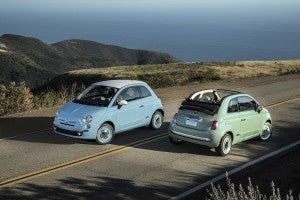 Who is a potential car buyer supposed to trust when they’re looking for a high-quality car?

In its newly released APEAL study, widely followed research firm J.D. Power and Associates ranked Porsche number one among luxury marques while Mini was named the top “non-premium” brand. Yet, just a month before, another Power survey, the Initial Quality Study, ranked Mini well below average.

The IQS also named Fiat the absolute worst of 33 brands, with Chrysler only slightly better. Yet, in the Total Quality Index published by research firm Strategic Vision last week, Fiat Chrysler was named the industry’s top-ranked manufacturer, with six models, including the little Fiat 500 and the Dodge Charger muscle car, named best-in-segment. And yet another study, the Vehicle Satisfaction Awards, put the Koreans at the top.

If all these various studies are meant to help consumers pick and choose from the industry’s best, what’s a motorist to do? Anyone who follows politics knows voter surveys often conflict, reflecting sample bias and built-in margins of error. But when it comes to automotive studies the results are often diametrically opposed. 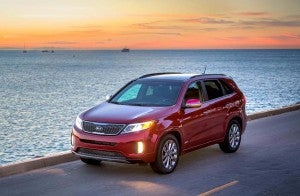 While the number of quality surveys available may lead to some confusion, one thing is certain: Korean automakers have raised their quality game.

A major part of the challenge is to first understand what each study is meant to accomplish. Many of them focus specifically on what are, in industry-speak, “Things Gone Wrong.” That, in itself, generates plenty of controversy because these can be as diverse as a faulty transmission or a balky voice navigation system. Indeed, The Power IQS counts them equally when determining how many “problems” buyers run into during the first three months of ownership.

But are Things Gone Wrong really a good measure of vehicle quality? Maybe not, contends Alexander Edwards, president of Strategic Vision, the firm behind the new Total Quality Index. “Counting problems,” he contends, gives a misleading image of what’s actually happening in the real world because, “In 2015, 100% of all brands had less than half-a-problem on average per vehicle.”

Put another way, half of the 46,000 owners who responded to the Strategic Vision questionnaire reported having not a single issue, whether that failed transmission, that uncooperative voice control system, or something else entirely.

For the TQI, the research firm took into account 155 different aspects of an owner’s experience, according to the research firm, including impressions about design, performance and features to measure what the company suggests is “love for the product.”

That’s more in line with what AutoPacific did with its recent Vehicle Satisfaction Awards, explains founder George Peterson. Its goal is to measure “Things Gone Right.”

These are two very different measurements and actually reflect very different buyer attitudes. For some consumers, the joy of ownership is all about having the most bullet-proof vehicle they can buy, even if it is little more than an appliance on wheels, a description long used for Toyota models like the Camry and Corolla.

For others, they’re willing to put up with the occasional headache to own a more passionate vehicle, one with a striking design, tremendous performance or breakthrough technology.

In fact, J.D. Power added the APEAL study — short for Automotive Performance Execution and Layout – to focus on those things that excite consumers, while also trying to root out the things that frustrate them. Significantly, Porsche continued to dominate, just as it did in Power’s things-gone-wrong study, the IQS. And other European makers like Audi and BMW came in close behind. And this year, the Koreans showed much of the same momentum they have in other recent things-gone-wrong studies.

Adding to the confusion for consumers, while some studies focus on the things owners observe in the months after they buy their new vehicles, other surveys look at long-term reliability. And there, it seems, the Japanese continue to dominate, according to the likes of Power’s Vehicle Dependability Study.

(To find out why Fiat Chrysler took the brass ring in the latest “total quality” survey, Click Here.)

Digging through the various studies, several trends stand out:

(Portions of this story first appeared on NBCNews.com.)