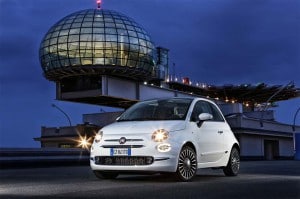 The 2016 Fiat 500 gets a number of exterior and interior updates - in Europe.

While we Americans have only had access to the little Fiat 500 since the 2012 model-year, it’s been around the block for awhile – getting only modest changes since its European introduction in 2007. Considering the speed with which vehicles are being refreshed these days, that might suggest the Cinquecento is already overdue.

And, indeed, for 2016 Fiat is bringing some changes to the little car, making a number of modest exterior updates, introducing revised powertrains, and giving the 2016 Fiat 500 a much more user-friendly infotainment system based on the Uconnect system developed by the Chrysler side of the family.

Here’s the catch: for now, the changes to the Fiat 500 are for the European market only. There’s no word if or when we’ll see the Italian maker tweak the U.S. version.

“The 500 revealed in Turin is a model produced in Europe for Europe,” explains FCA spokesman Bryan Zvibleman. “The Fiat 500 for North America will continue to be produced in Toluca, Mexico keeping the specific features for the North American market.”

So, what are you missing out on? 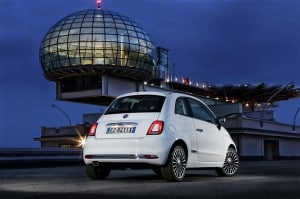 The 2016 Fiat Cinquecento shows off its distinctive new "empty" taillights.

From the outside, the 2016 Fiat 500 – Euro spec – gets a revised front end with new headlamps, grilles, chrome brightwork and LED daytime running lights, notes the maker, along with what is being describe as the new “empty” light clusters.

These, the maker continues, are “comprised of an innovative ring-shaped structure with body-colored centers. Thanks to these new clusters, which are unique to the segment, light appears to emanate from the bodywork almost like an illuminated tattoo!”

Inside, there also are a number of changes, including a revised dashboard that gets the latest Uconnect infotainment system. On the Fiat 500 Lounge edition that includes a new 7-inch touchscreen. Fiat claims it is “not only easier to read and more intuitive to use, it also improves connectivity and functionality.”

(Click Here for a first look at the all-new Alfa Romeo Giulia.) 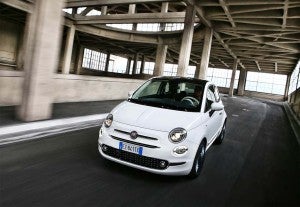 The 2016 Fiat 500 gets an expanded range of gas and diesel powertrain options.

The dashboard dome and air vents have been redesigned, and the 2016 Fiat 500 gets a new steering wheel with added controls built-in. There’s new chrome-plated edging and other higher-quality materials intended to improve both the look and feel of the cabin. The seats have been revised to be more ergonomic, as well. There are even new cupholders, a concept Europeans have only recently begun to embrace.

Comfort is also enhanced by the addition of more sound-deadening insulation.

On the powertrain side, Fiat is expanding the range of options for 2016 with two versions of the 0.9-liter TwinAir package, one making 85-horsepower, the other 105. There’s a wee 69-hp 1.2-liter engine, and a variant delivering ultra-low emissions. Finally, Europeans also can order a 1.3-liter Multijet turbodiesel making 95-hp.

(Click Here for a first drive of the Alfa Romeo 4C Spider.) 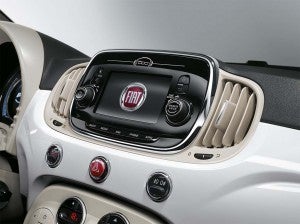 Fiat also will offer “Second Skin” exterior wraps that will allow buyers to customize their vehicles with a variety of different geometric designs.

Despite the fact that the North American Fiat 500 won’t see any major changes for the 2016 model-year, don’t be surprised to see the carmaker come up with an update soon afterwards. The microcar has not been selling all that well here, in part reflecting the high fashion aspect of this market segment. It will need to freshen things up soon or risk having the Cinquecento drop off the sales charts entirely.