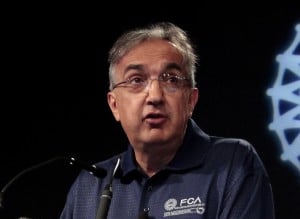 The final decision on whether to revamp the Toledo factory that now builds the Jeep Wrangler or find another location still isn’t final yet, according to the FCA US’ top executive.

Sergio Marchionne, while turning aside questions about whether the decision of whether to keep the Wrangler production in Toledo is tied to the negotiations with the United Auto Workers, said he still has not ready to make a final decision on the next generation Wrangler. The replacement for the current generation Jeep Wrangler is due before the end of the decade, according to the Fiat Chrysler Automobiles five-year plant unveiled in 2014.

Marchionne did confirm during a question-and-answer session that followed the formal opening of contract negotiations with the UAW that the next generation Wrangler – now due out in 2018 – would have significant amount of aluminum.

However, the need to extrude aluminum parts isn’t what’s holding up the decision, Marchionne said. The next generation Wrangler will be lighter in large part to meet the requirements for better fuel economy, more safety features and smoother ride and handling on paved roads, while retaining its traditional ability to travel off road.

However, the FCA chief executive said he expects a decision by the end of the summer or about the time when the negotiations wrap up.

The critical issue is that the smallish factory now used for building the Wrangler is too profitable now to shut down the plant for re-tooling and expansion.

“If I shut it down for 60 days, I’d lose more money than I’d make in a year,” said Marchionne, who said he is still wrestling with the problem and has found no adequate solution to the problem. FCA simply can’t build Wrangler’s fast enough to satisfy the current demand for vehicle, he added.

(Click Here to see how Wrangler will help Jeep sell 1.2 million vehicles in 2015.)

Throughout his appearance at the UAW-FCA Training Center in Detroit, Marchionne emphasized that his inclination is to build the Wrangler at or very close its current home in Toledo, Ohio. Workers at the Toledo plant have gone to “heroic” lengths to meet the demand for the Wrangler. The Toledo workforce also has a lot vital experience in building a unique vehicle.

“My hope is it will stay in Toledo,” he said. Both the City of Toledo and the State of Ohio have offered FCA incentive packages worth hundreds of millions of dollars to keep the Wrangler assembly line in northwestern Ohio.