Special version of luxurious material to be used for interiors. 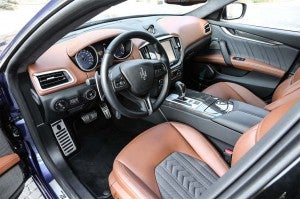 Could a silk interior be part of your car's future? It can now if you're buying a Maserati Ghibli.

For luxury car buyers, leather has become an essential status symbol, but working with the upscale fashion house, Ermenegildo Zegna, Maserati is hoping to give its buyers an alternative.

Starting later this year, it will begin offering them the option of cladding the interior of a new Quattroporte sedan in silk. Not the ordinary silk used in a Zegna suit, but a special, heavy-duty version that the partners promise will last at least as long as conventional leather and other materials.

“I was skeptical,” recalled Maserati CEO Harald Wester, when Zegna first approached the car company with the idea of using silk for seating. “My immediate reaction was this guy is nuts.”

For his part, Zegna Chairman Paolo Zegna called the collaboration, “a dream come true,” but admitted he was well aware it wouldn’t be easy to come up with the right material. 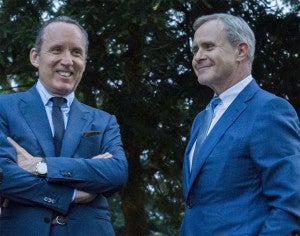 CEO Ermenegildo Zegna and Maserati Chief Harald Wester are all smiles as they announce a partnership between the two companies.

Using conventional silk proved ineffective, the partners found after early testing. Using a series of devices meant to simulate what a seat goes through over a decade of life, the first fabrics supplied by Zegna lasted barely 10% as long as conventional automotive seating materials, like leather.

Zegna had to start experimenting with ways to make the material last longer – though during a joint news conference near Milan Chairman Zegna said they didn’t feed their silkworms steroids to come up with a stronger raw material.

The final blend is several times heavier than the conventional silk used for Zegna’s clothing lines. And the typical Maserati Quattroporte will require about 12 meters (over 13 yards) of the material, about four times more than in a man’s suit.

The initial version will come in a grayish hue but will be offered with a variety of contrasting interior materials. The silk will be woven into the seat bottoms and backs on a new Quattroporte, as well as on the headliner and other parts of the interior, noted Wester.

He promised that it will last as long as conventional interior materials, and noted it has stood up to torturous testing that includes heating the interior to near the boiling point, as well as cooling it to well into sub-zero temperatures, exposing it to massive amounts of UV lighting, and using the dummy butt test to simulate the wear and tear of having passengers regularly climb in and out of the vehicle.

The hope is that by offering an alternative to the leathers so widely used in today’s cars Maserati can increase its appeal to upscale buyers.

“At the end of the day,” suggested Wester, “the desire is to have a one-of-a-kind, unique car. That is what luxury us all about today.”

Maserati hasn’t announced pricing. That will be revealed later this year, Wester saying the carmaker is still trying to figure out the final number.

He also noted that Maserati hopes to use silk as an option in other models, including the smaller Ghoble, as well as the new Levante, its first SUV, which will be coming to market in the coming year.

Silk was offered as an option in the early years of the auto industry but fell out of favor, in part because of its lack of durability – an advantage that made leather so popular. Rolls-Royce recently showed off a concept vehicle with silk seating but has not announced any plans to put the material into production.