Japanese brands, as a group, post worst performance in 29 years. 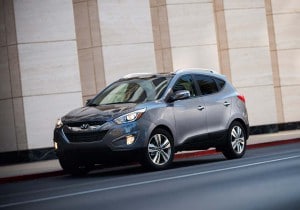 Hyundai has scored major gains in quality with products like the 2015 Tucson, according to Power.

If the latest J.D. Power survey is any indication, you might need to re-think just about everything you thought you knew about automotive quality.

The latest Initial Quality Survey, or IQS, finds that Japanese automakers, on the whole, have suffered a significant slide in the quality charts, with only three brands in the Top 10 this year. But the real shocker might be the surge in Korean quality. Kia, a brand long known for cheap, mediocre products, was second, behind top-ranked Porsche, with Hyundai ranked fourth. Jaguar, also struggling to reverse a reputation for poor quality, was third.

For the Korean brands, which are caught up in a ferocious battle for market, the survey results represent a measure of vindication.  “We are extremely proud of the results,” said Mike Ofiara, a spokesman for Kia, which finished second in the overall ranking. “We’ve come a very long way. It’s representative of a lot of hard work by a lot of people.”

Power’s 2015 Initial Quality Study showed Japanese brands collectively had a very modest improvement over the past year – though only four brands actually did better than in the 2014 survey of U.S. owners. Only three Japanese brands – Infiniti, Lexus and Toyota — were in the Top 10, with Honda barely above industry average. Overall, said Renee Stephens, vice president of U.S. automotive quality at J.D. Power, the Japanese had their worst showing in 29 years.

“This is a clear shift in the quality landscape,” Stephens said. “For so long, Japanese brands have been viewed by many as the gold standard in vehicle quality.” But that’s no longer the case as other makers continue “working up front to launch vehicles with higher quality and more intuitive designs.” 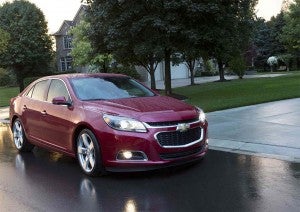 The Malibu was one of four best-in-segment products for General Motors, Chevy landing in the IQS Top 10.

The 2015 IQS was based on surveys filled out by 84,000 U.S. new vehicle owners. On the whole, there was a 3% year-over-year improvement, the average brand experiencing 112 problems per 100, or 112 PP100 in Power-speak. That translates into just more than one problem per vehicle during the first three months of ownership.

“The differences in the survey are very, very small,” noted Tom Libby an analysts with IHS Automotive. But it does show that for the Japanese brands quality no longer the differentiator it once was.

And, as has been seen in recent years, traditional owner headaches, such as faulty transmissions, have become less and less of a problem. Technology has become the industry’s big trouble spot.

“Entertainment and connectivity systems remain the most problem-prone area for a third consecutive year,” noted a summary from Power, “with voice recognition and Bluetooth pairing continuing to top the problem list.”

In part, the growing issue with technology reflects the fact that more and more new vehicles are coming out of the factory with high-tech infotainment systems. As recently as 2013, only 57% of new car buyers told Power their vehicles had factory-installed voice recognition systems. This year, however, that jumped to 67%.

Ford, which scored twelfth on the new IQS, has made fixing its technology a major priority and is planning to roll out an all-new version of its Sync infotainment system starting this summer. 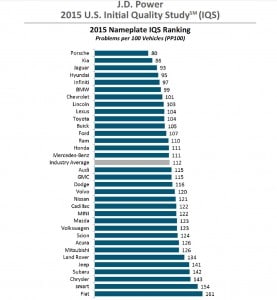 “Smartphones have set high consumer expectations of how well technology should work, and automakers are struggling to match that success in their new vehicles,” said Stephens. “However, we are seeing some (automakers) make important improvements along the way. What’s clear is that they can’t afford to wait for the next generation of models to launch before making important updates to these systems.”

Along with the Koreans, European automakers generally fared well in the 2015 Power IQS, with three of the Top 10 brands and four scoring above industry average. But there were some exceptions. Italy’s Fiat was the worst brand in the study, with an average 161 problems per 100 vehicles. Daimler’s Smart scored only slightly better, with 154 PP100.

Detroit makers were a mixed bag. Chevrolet landed in the Top 10, and Buick, Ford and Ram were all above industry average. But the rest of the U.S. side of the Fiat Chrysler family scored below industry average – Jeep fifth from the bottom, Chrysler 31st of the 33 brands.

In terms of individual models, General Motors, Hyundai, Nissan and Volkswagen each had four segment winners – the Chevrolet Malibu, for example, was top Midsize Car, while Nissan’s Sentra was the top Compact Car. The Hyundai Tucson was the highest-ranked Small SUV, and Volkswagen’s Audi A3 was the leading Small Premium SUV.

(Honda poised to report all-time sales record for 2015. Click Here for the story.)

BMW and Toyota each had three segment winners, with Fiat Chrysler and Ford each landing two. Mazda had one segment winner with its little Miata roadster.