DriveNow Gets Tagged with Lawsuit 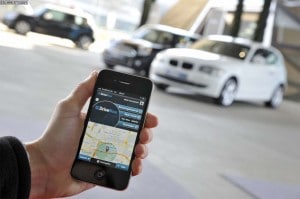 Employees of DriveNow, the electric car-sharing unit wholly owned by BMW, are suing the company for failing to meet the minimum wage and overtime laws in California.

The lawsuit claims the BMW subsidiary, which operates in the San Francisco Bay area, avoids paying minimum wage and overtime by designating workers as independent contractors, according to a Private Attorneys General Act lawsuit filed by employees in San Francisco Superior Court.

The plaintiff, Marcello Costas, in the case claims that the company incorrectly classified he and his co-workers as independent contractors when they were hired. The employees’ duties included: driving rental cars from place to place, cleaning the vehicles and charging their batteries. The company violated more than a dozen California labor laws, according to the lawsuit.

Not only did DriveNow not pay minimum and overtime wages, according to the complaint, but also it didn’t provide meal and rest breaks. DrivenNow also required him and his co-workers to pay a portion of their wages back to an online outsourcing company, TaskRabbit, for managing their payroll.

The company also set the drivers’ schedules, controlled all aspects of their workdays and treated them as employees, yet paid them as independent contractors to skirt California and San Francisco labor laws.

BMW’s DriveNow service is available in San Francisco, Seattle, Vienna, London and five cities in Germany. Customers picked up the electric cars in their neighborhoods and later dropped them off at locations near their destination.

(Click Here for details about the updates for the 2016 3 Series.)

California’s Labor & Workforce Development Agency has designated Patrick Kitchin to serve as a private attorney general in the case.

“The Private Attorneys General Act is a powerful tool for California workers,” Kitchin said. “By authorizing individuals and their attorneys to enforce California’s labor laws on behalf of the LWDA, the state has been able to collect over $24 million in penalties in more than 1,255 PAGA cases brought by individuals like Mr. Costas.”